Tenma learns that ten years ago, a woman lived in an old apartment house in downtown Prague with twin children, above a sign with three frogs. The neighbors also tell him about the Czech secret police and a questionable fire. Could the twins have been Johan and Anna? Meanwhile, Suk, a young detective in the Prague Police Department, meets a beautiful young woman named Anna in a bar. Suk also crosses paths with Tenma as a new terror looms over them. BKA chief inspector Lunge, now convinced of Johan's involvement in the serial murders, comes to Prague to find out what Johan really is. He learns that an agent of the Czech secret police created the strange picture book The Nameless Monster, which seems to have deeply affected Johan in his childhood. Lunge manages to locate the "Red Rose Mansion" that inspired the author of the book. There, behind a thickly plastered wall, he discovers an old door and the true horrors that lay behind it! 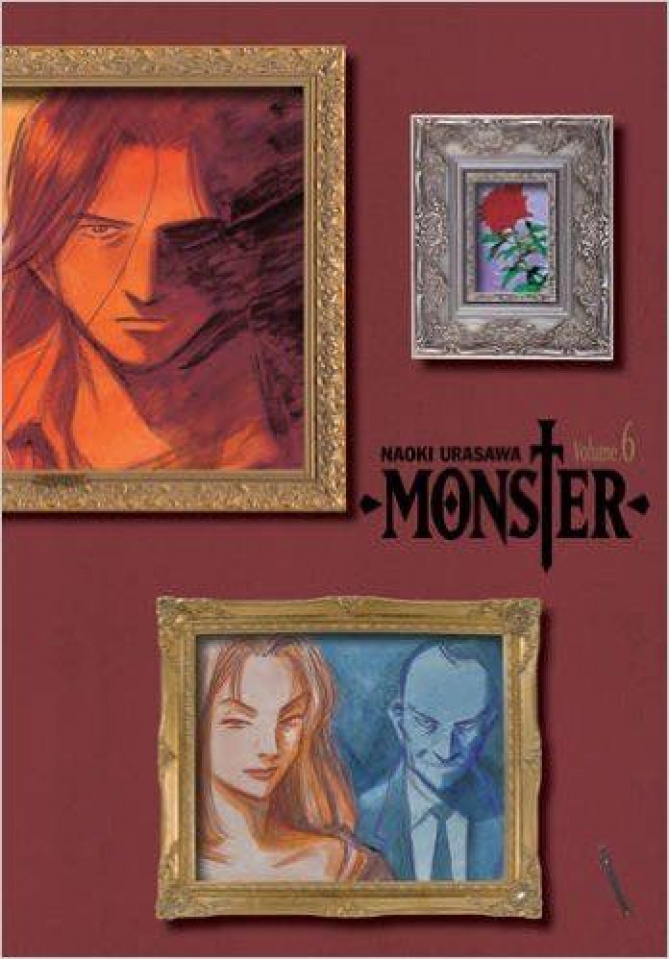