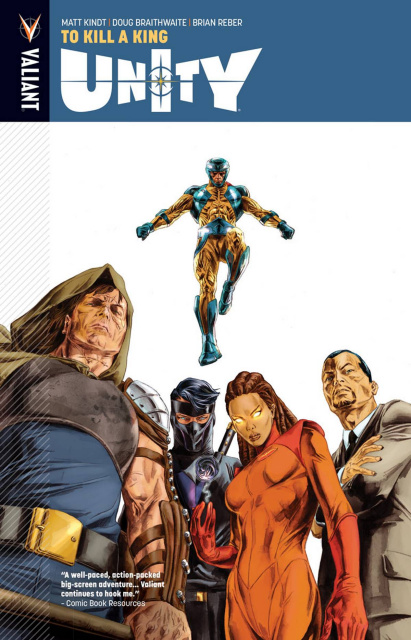 An all-new printing of the sold-out volume introducing Valiant's elite all-star super team from New York Times best-selling writer Matt Kindt (DIVINITY, Mind MGMT) and superstar artist Doug Braithwaite (BOOK OF DEATH, IMPERIUM)! The world's most dangerous man, Toyo Harada, has been struck by the one thing he never thought possible - fear. Halfway across the globe, a new power threatens to topple modern civilization and, to preempt the cataclysm that is to come, Harada will unite the most unforgiving team the world has ever known - UNITY. Their mission: defeat the threat responsible for the destruction of MI-6, the decimation of an alien world, and the occupation of Eastern Europe... Unseat the warrior king armed with the universe's most powerful weapon... Kill X-O Manowar! Start reading here to discover the greatest heroes of the Valiant Universe with the multiple Harvey Award nominated first arc of the chart-topping series that IGN calls "amazing...a big superhero book done right." Collecting UNITY #1-4.