The Sixth Gun: Dust to Death

Two tales of The Sixth Gun! Two visions of the wild and weird west! Two stories of shamans, the Spirit World, magic pistols, and bounty hunters! Two quests that shape the lives of the heroes and villains of the greatest Old West Fantasy of all time! First, the reclusive witch Buzzard Wife gathers a Hunting Party for a treacherous journey into the fabled Valley of Death. Then, we follow Billjohn O'Henry on a heartbreaking adventure to save his beloved daughter. From the House of Death to a Wild West Medicine Show, these yarns take aim on heretofore unexplored realms of The Sixth Gun! 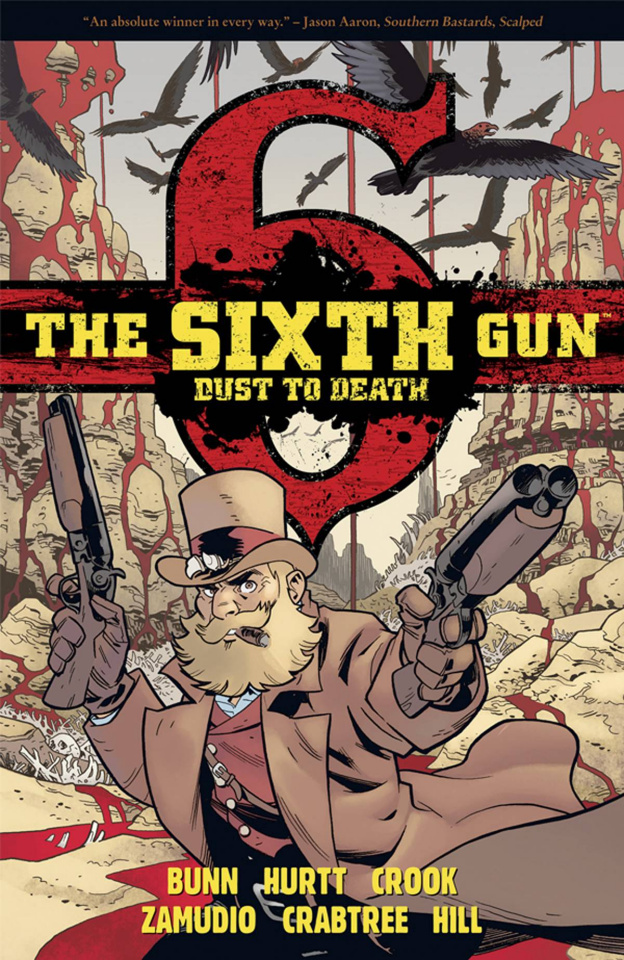