Purgatori Vol. 1: To Hell and Back

Behold... Purgatori, the vampire goddess! Born a slave in ancient Alexandria, she refused the life of servitude, rising up against her masters and claiming an unnatural power as her own. In her long life, she has dined on kings and queens, and toppled countless empires across the globe... but now, she finds herself again on her knees, a slave to her unquenchable thirst! Lucifer, the lord of Hell, has stripped Purgatori of most of her power and exiled her to Earth, where her insatiable need for blood threatens to overwhelm her sanity. Her only hope for regaining her full stature is by acquiring the Chalice of Regeneration, a cup from antiquity lost to the desert sands. But Purgatori has a rival for the prize, an old enemy with an intense grudge. And even if the vampire goddess can once again attain her former glory, can she withstand the machinations of Lucifer, the weaponsmith Cremator, and Purgatori's own blood clone? 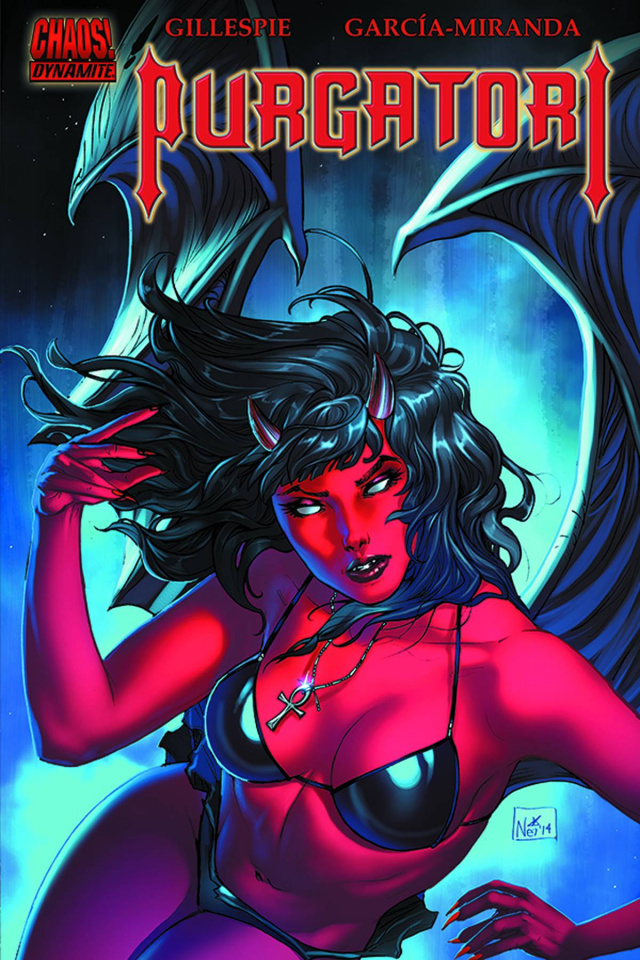