Valerie's getting dirty phone calls, but when she goes to take revenge she meets Myles, the man of her dreams. But Myles is up against Emil and Gustav, mentally unstable guns for hire. And Valerie's sister Penny's friend Marcy just wants to play her own songs, but no one in the bar tonight cares- least of all Penny's loser boyfriend Marv and his buddies Chip and Jev, who want their homeboy Mike to play the race card in a dubious scheme to get rich. But Mike has just fallen foul of a certain organisation with a lot of Ks in its name. And then there's Mister Fluffy.

"A Train Called Love is a story I've been wanting to tell for some time, largely because people keep asking me about doing a romance comic and the idea just wouldn't go away. This is what I came up with: guns, gangsters, mayhem, big white hoods, dubious films with horses, mad Germans, obscene phone calls, crazy ladies, total losers, hot chicks, dishy guys, movie stars, lots of narcotics, terrible bands from Williamsburg, taxidermy, incontinence, unrequited crushes, a big fluffy white rabbit and a rather unpleasant scene involving an escalator. Thus shall I explore the highs and lows of love." -Garth Ennis 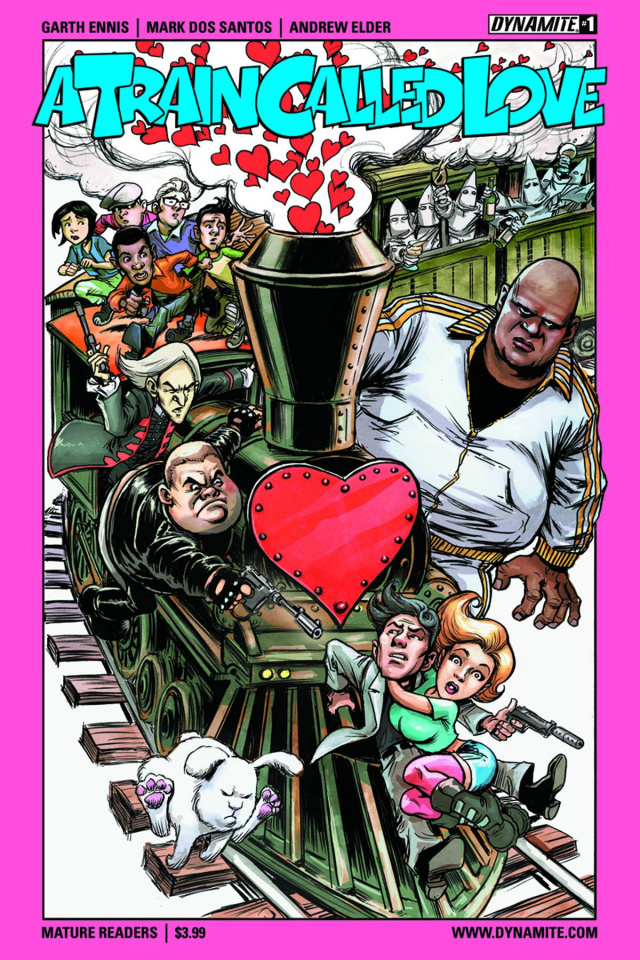