This very first issue of Night of the Living Dead featured some very limited editions, all of which are included in this special set.

That's not all, the Royal Blue foil, which only had 100 copies printed, is offered here for the first time!

We also include a copy of the Night of the Living Dead Filmbook signed by co-writer John Russo.

The final piece - the Red Foil edition packaged with a poster signed by George Romero! Limited to just 75 sets! 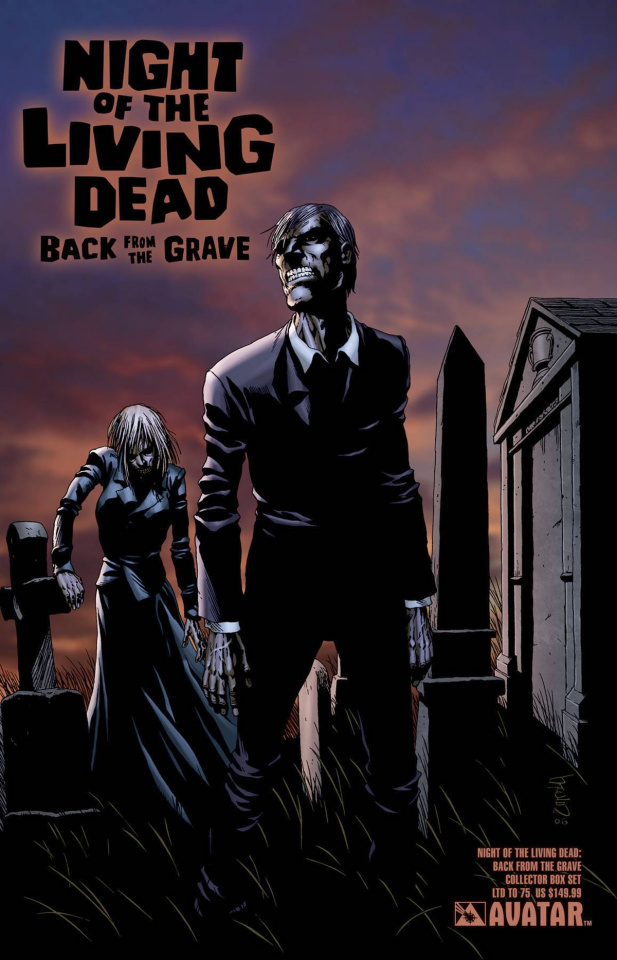