Steve Gerber debuts, Gene Colan's amazing run concludes, and Marvel's gritty Man Without Fear reaches his centennial issue in the latest Daredevil Masterworks! Now operating out of San Francisco, Daredevil continues his partnership with the Black Widow as they confront villains as weird as Haight-Ashbury. The Dark Messiah and Angar the Screamer lead the charge, until Stilt-Man arrives to strut his way across the Golden Gate! There's also a crossover adventure with the Avengers and X-Men, a Spider-Man team-up, and a fight with Kraven the Hunter that turns decidedly cosmic! Enter: Moondragon - who mistakes DD for a thrall of Thanos - and the original Captain Marvel! Collecting DAREDEVIL (1964) #97-107 and AVENGERS (1963) #111. 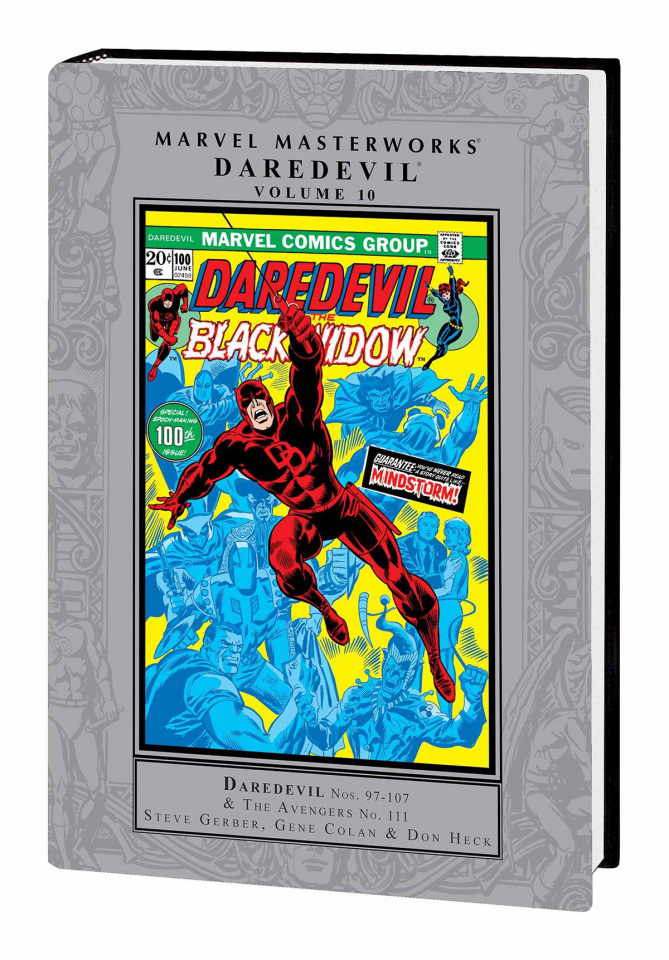