Hey, remember when DC did "One Year Later" and it was the greatest, most creative, and most revolutionary thing in comics EVER? We thought long and hard about how we could do something that awesome, and we came up with something TWICE as amazing. That's right! "Two Years Later..." Presenting a bold new chapter in CHEW, which just so happens to be the FINAL chapter. "The Last Suppers," Part 1. The countdown begins. 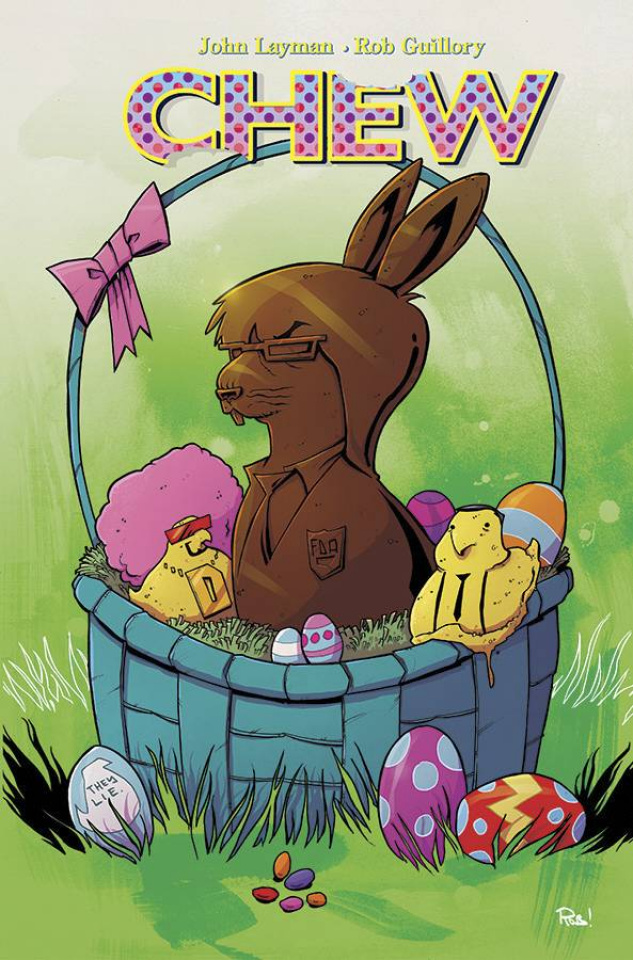