The Battle of the Bulge: A Graphic History of the Allied Victory in the Ardennes, 1944-1945

Fought in the winter of 1944-1945, the coldest season in over 100 years, the Battle of the Bulge still ranks as the single largest battle ever fought by the United States Army. Thirty-one American divisions, fully one-third of the U.S. Army raised during World War II, saw action in this battle. In Battle of the Bulge, author and artist Wayne Vansant brings readers into the frozen foxholes, haunting forests, and devastated villages of the Ardennes during that freezing cold winter. With meticulous historical accuracy and hand-drawn visuals that can tell a story in ways words alone cannot, Vansant recounts the Bulge with insightful detail, replaying the thrusts and volleys of both the combined Allied and German forces during the tumultuous battle. 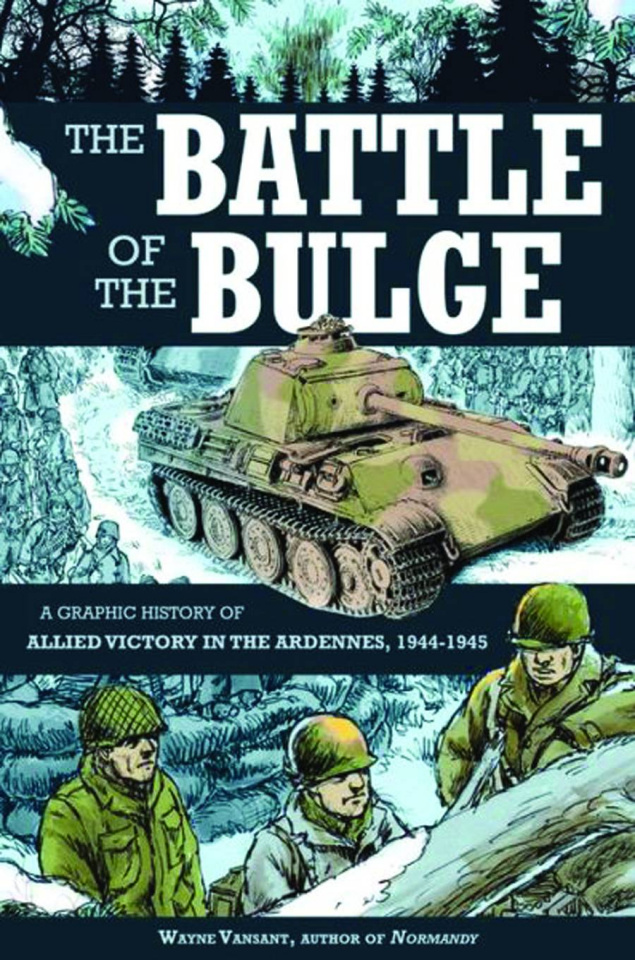