An oversized deluxe hardcover collecting the best-selling originand debut of Shadowman by acclaimed creators Justin Jordan (The Strange Talent of Luther Strode), Patrick Zircher (Futures End), and more of comics' top talents! There are a million dreams in the Big Easy. But now its worst nightmare is about to come true. As the forces of darkness prepare to claim New Orleans as their own, Jack Boniface must embrace the legacy he was born to uphold. As Shadowman, Jack is about to become the only thing that stands between his city and an army of unspeakable monstrosities from the dark realm known as Deadside. But is the mantle of Shadowman a blessing or a curse? And what is the true cost of his otherworldly power? Collecting SHADOWMAN#0-10, the Shadowman Deluxe Edition oversized hardcover also comes packed with more than 20+ pages of bonus features, including covers, character designs, and process art by Patrick Zircher (Iron Man), Lee Garbett (Loki: Agent of Asgard), Mico Suayan (Harbinger), Roberto de la Torre (Daredevil), and many more!! 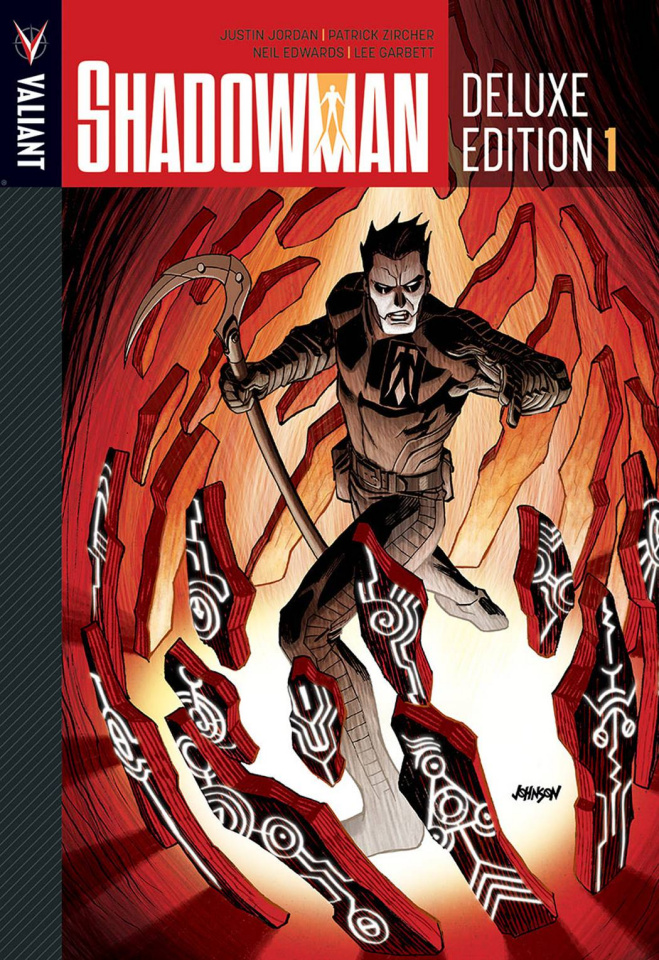