The final issue of the Caliban crew's frightening story delivers a devastating conclusion! Fans have called GARTH ENNIS and FACUNDO PERCIO's Caliban "the best horror sci-fi since Alien" and the tale has lived up to the hype. Down every alien corridor a hybrid of human and extraterrestrial horror waits to slaughter the unsuspecting. Human kind is all too trusting of the dangers hidden in the limitless depths of space. Now their mistake will usher in a new era of fear and misery unlike anything they've ever known. No one is safe in dead space. Available with Regular, Wraparound, Terror, and Design Sketch Incentive covers by Facundo Percio and an ultra-limited Dark Matter edition of just 1000 copies. 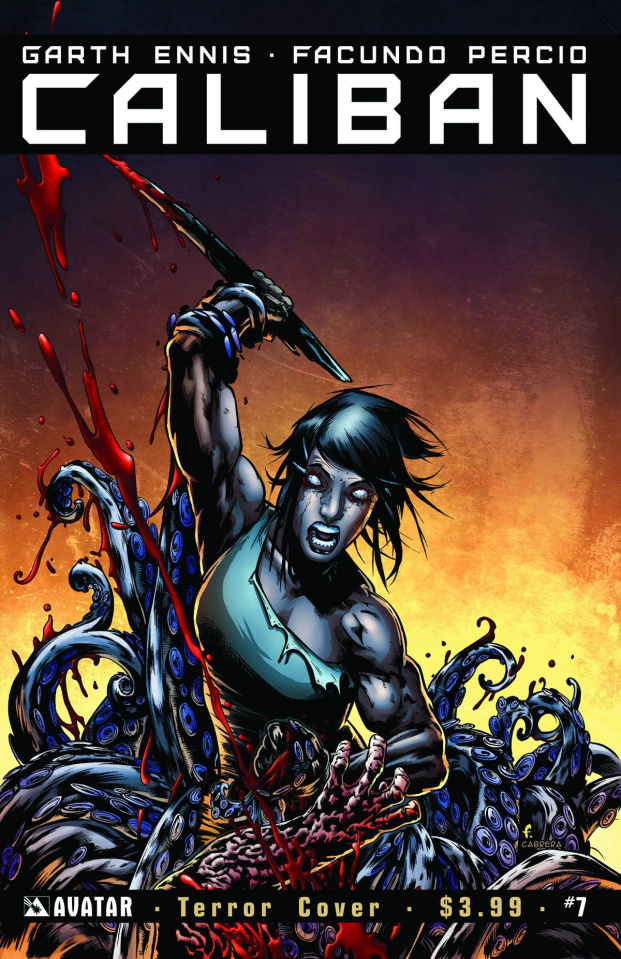