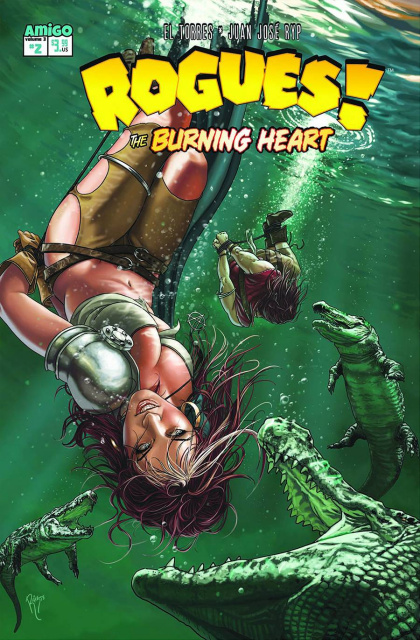 Escape from a crocodile pit. Avoid the wraith of a magician. Get a mythical jewel. Run from the wraith of a noble general. Run from a sect devoted to an angry fire god. Run from the fire god himself. Being a rogue has never been easy! White-knuckle action with the awesome art by Juan José Ryp, in his first ever graphic novel, now remastered!