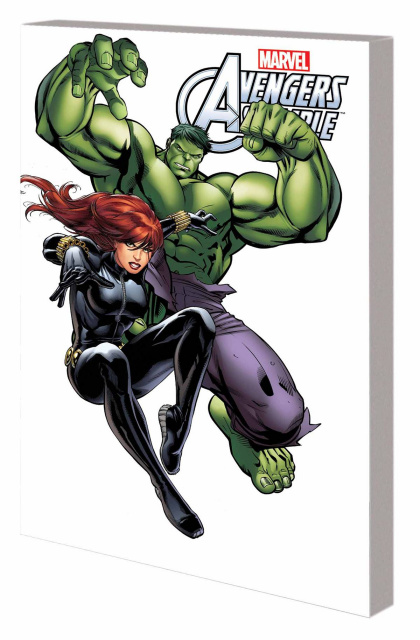 When the fiendish Attuma sends monsters and a giant tidal wave to sink the island of Manhattan, Hulk must prove that he is the strongest one there is or perish!

The Red Skull has turned the Avengers into rampaging monsters! Now, Hulk and Black Widow must team up and stop the raging Hulk-Vengers!

The Impossible Man turns the Falcon into a movie star?! But the Chitauri have arrived to settle a score with Impossible Man! It's action aplenty from your favorite heroes, based on the hit animated series now airing on Disney XD! Collecting MARVEL UNIVERSE AVENGERS ASSEMBLE #9-12.