A remarkable artifact from the future of Marvel Comics! What happens when Marvel's favorite heroes hit the centennial mark? It's 2061, and the world of the Fantastic Four has been turned upside-down, complete with the granddaughter of Doom and the Richards-Banner twins! It's 100 years after Spider-Man's creation, and the Kingpin has stolen Spidey's ultra-powerful techno-symbiote suit! Have the X-Men of 2061 achieved Xavier's dream of mutants and humans living in harmony? How will the Avengers of 2061 cope following the failed Badoon invasion of Earth and America's disappearance into the Negative Zone? And just in time for the release of their seventh epic motion picture, the Guardians of the Galaxy take on the Silver Galactus! Collecting 100TH ANNIVERSARY SPECIAL: FANTASTIC FOUR, SPIDER-MAN, X-MEN, AVENGERS and GUARDIANS OF THE GALAXY. 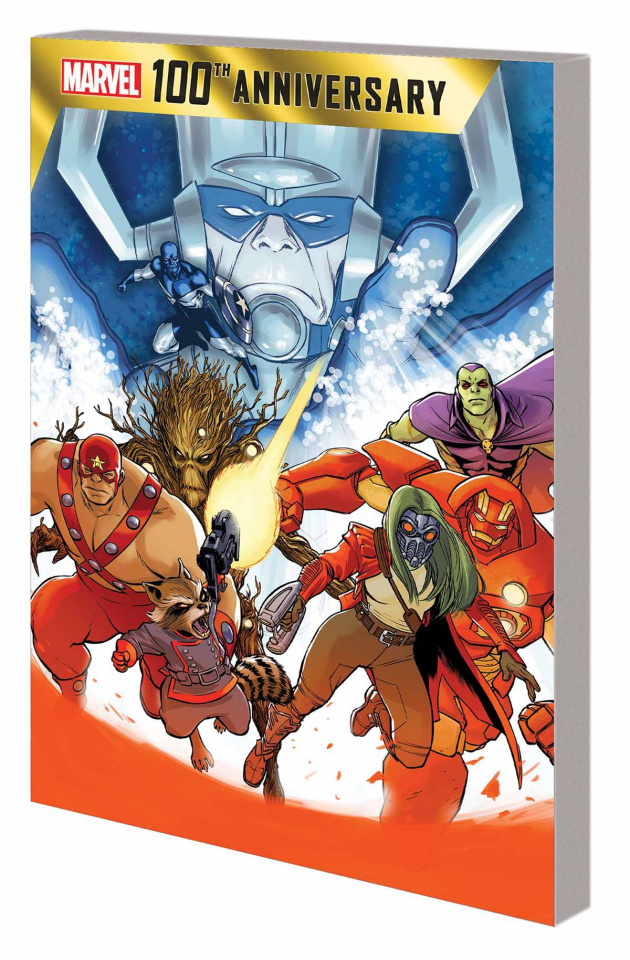