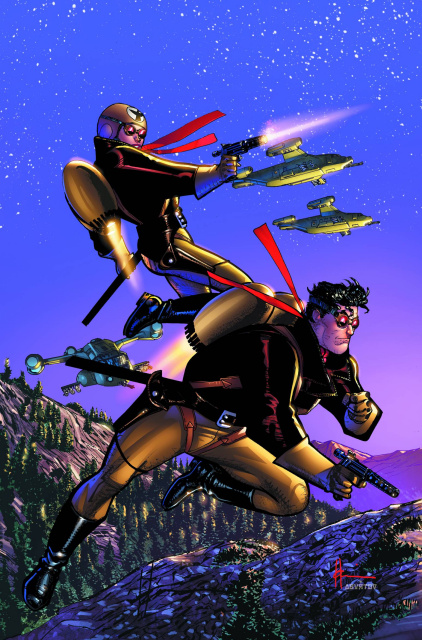 Buck Rogers in the 25th Century #3

The adventure in Howard Chaykin's new ground-breaking tale of the new Buck Rogers continues! Buck Rogers, former World War I ace is accidentally suspended in time only to awaken to a new and different earth, 500 years in the future, fragmented by war and ruled by an omnipotent force- the Chinese. Now, Buck along with Colonel Wilma Deering, begin a new fight, to free the United States! Buck Rogers, the most famous "man out of his time" comes closer to his destiny; will he succeed in freeing what is left of the United States from the domination of an occupying force? Unexpected surprises and plot twist dominate as the story arc races forward.