Since their original publication, Peanuts Sundays have almost always been collected and reprinted in black and white, and generations of Peanuts fans have grown up enjoying this iteration of these strips. But many who read Peanuts in their original Sunday papers remain fond of the striking coloring, which makes for a surprisingly different reading experience. It is for these fans (and for Peanuts fans in general who want to experience this alternate/original version) that we now present a series of larger, Sundays-only Peanuts reprints, which more closely duplicate that delightful, Sunday-morning reading experience and brings a splash of real color to Schulz's cast of colorful characters. Designed as a series of ten massive coffee-table quality books, each one containing a half-decade's worth of Sunday strips, Peanuts Every Sunday will be a proud addition to any Peanuts fan's bookshelf. As with most strips, Peanuts showed by far the quickest and richest development in its first decade, and Peanuts Every Sunday: 1952-1955, by compiling every strip from the first four years, offers a fascinating peek at Schulz's evolving creative process. Not only does the graphic side of the strips change drastically, from the strip's initial stiff, ultra-simple stylizations through a period of uncommonly lush, almost Pogo-ishly detailed drawings to something close to the final, elegant Peanuts style we've all come to know and love, but several main characters are gradually introduced - oddly enough, usually as infants who would then grow up to full, articulate Peanut-hood! - and then refined: Schroeder, Lucy, and Linus (Sally will make her very first appearance as a baby in our next volume.) Following in the footsteps of Fantagraphics' acclaimed presentation of the Carl Barks material in Walt Disney's Donald Duck, Peanuts Every Sunday: 1952-1955 has been scrupulously re-colored to match the original syndicate coloring (including some unusual colors for Charlie Brown's trademark zig-zag shirt, before it was officially yellow), and is being printed using the same process of "mellowing" out of tones to avoid the sharp colors that sometimes mar reprints of syndicated strips - allowing readers once again to plunge back into Charles Schulz's marvelous world. 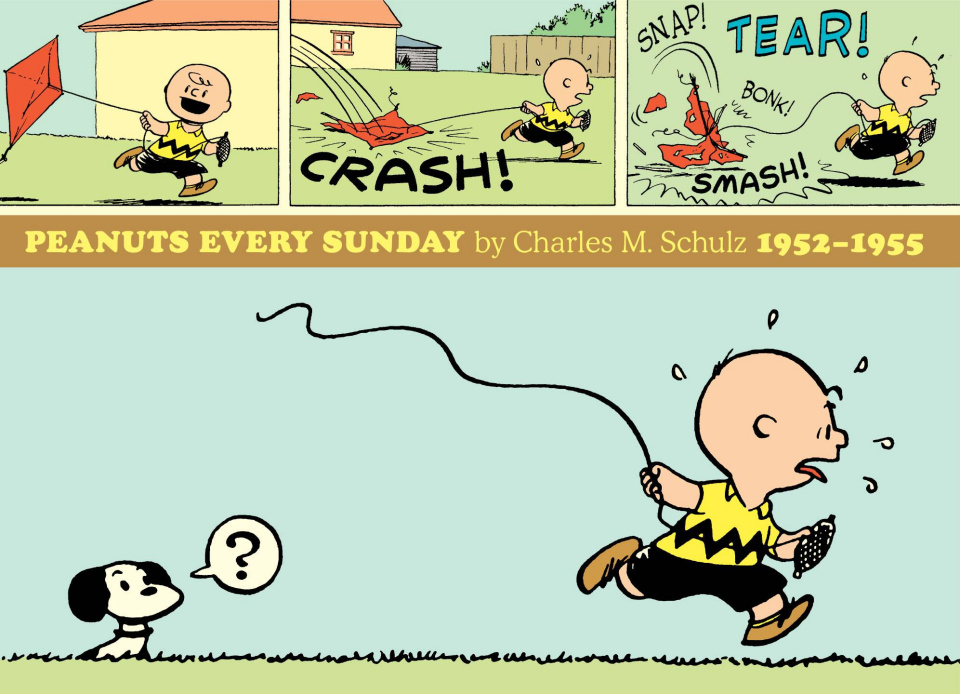