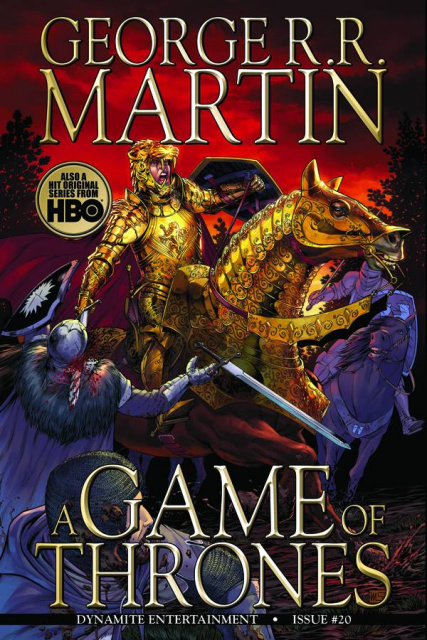 Battle is joined at the Trident, with Tyrion Lannister in the vanguard-placed there by a father determined to rid himself of an embarrassment. But the fortunes of war are not so easily manipulated, as Lord Tywin is about to learn, to his great regret... and even greater rage. For in a brilliant tactical move, the host of young Robb Stark has descended upon the army of Jaime Lannister outside the besieged gates of Riverrun, and has won a great victory... and a prize that might end the war before it has fairly begun.