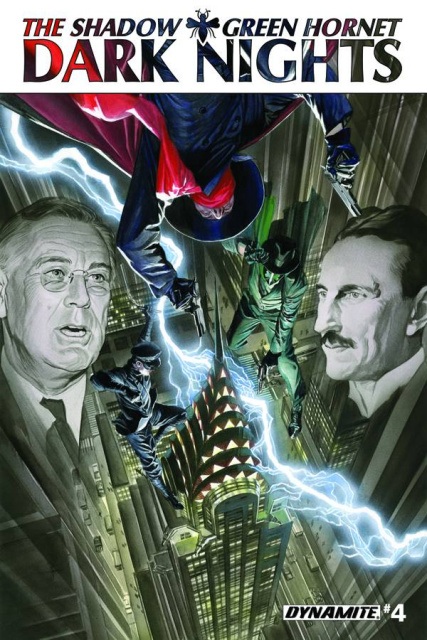 Scientist NIKOLA TESLA'S new Death-Ray is in SHIWAN KHAN'S hands! But for it to become fully operational, KHAN must access the massive power contained in THE SHADOW'S own GIRASOL, uncovering its secret origin(s) in the process! It's life-or-death for TESLA, PRESIDENT ROOSEVELT, and for New York as THE SHADOW, THE GREEN HORNET and KATO descend on the City, prepared to incur the wrath of KHAN!