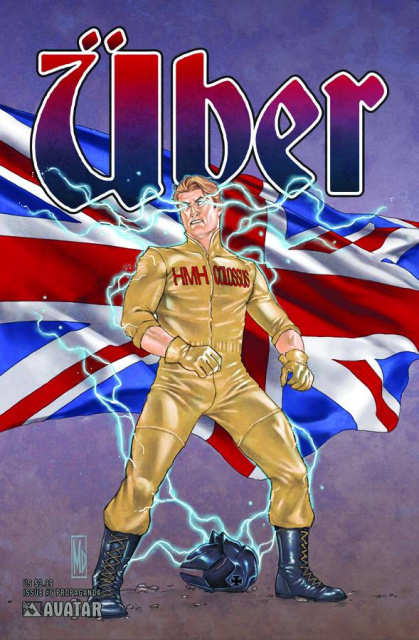 The second arc of Uber launches this issue as KIERON GILLEN opens a new chapter in this year's most talked about series. The first blow in the battle between English and German Ubers has been wrought and neither nation walks away whole. The war rages on in the Pacific Theatre as Japanese Kamikaze pilots attempt to drive the US forces out while delivering devastating losses to the enemy naval fleet. But the tides of war change as the Japanese deploy their own enhanced soldiers! Picking up directly after the events in Uber Vol 1, this second chapter is the perfect jump on point for new readers to experience the horrors of Uber war. Available with Regular or Wraparound cover by Caanan White, Propaganda Poster cover by Michael Dipascale, and a special Blitzkrieg Incentive cover by Caanan White.