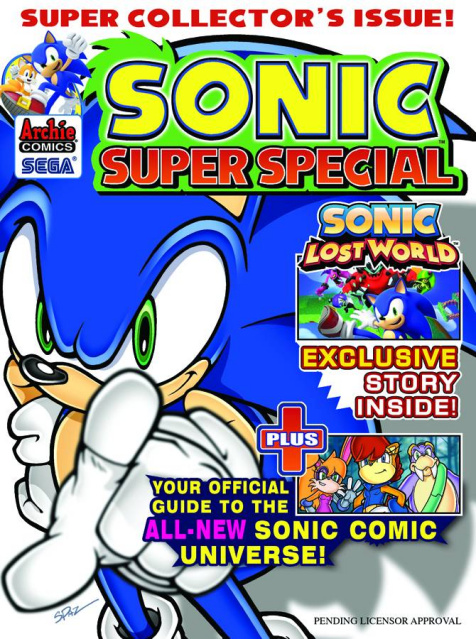 Get ready for the truest, bluest and way-past-coolest Sonic Super Special Magazine issue ever made! The world's first Sonic comic magazine has got your hook up for everything new in Sonic video games and comics - featuring an all new comic adaptation of the latest SEGA video game smash hit Sonic Lost World! At a full 20 pages, Sonic Lost World is the longest video game adaptation yet to be featured in an issue of Sonic Super Special Magazine, but that's not all! Get ready to explore new settings, new villains, and a new Sonic comic universe landscape in the aftermath of the Sonic/Mega Man crossover event! Plus all the super special features you love!