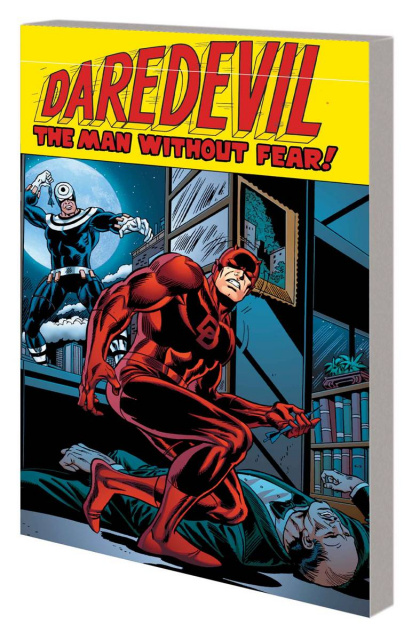 The adventures of the Man Without Fear continue! Hornhead takes on the Torpedo, but is he friend or foe...or both? After a disastrous court case involving Man-Bull, Matt Murdock opens a storefront legal clinic! The lethal Bullseye makes his deadly debut, and proves himself a force to be reckoned with! Daredevil teams with a real-life psychic to battle Mind-Wave! The Jester frames Daredevil for murder! DD joins Iron Man to battle the alien Blood Brothers! And Karen Page makes her long-awaited return in a calamitous crossover with Ghost Rider! Plus: the riotous returns of Gladiator, Beetle, Cobra, Mr. Hyde, Man- Bull and the Owl! Daredevil's in for the fight of his life! Guest-starring Black Panther, the Sub-Mariner and Nova the Human Rocket! Collecting DAREDEVIL (1964) #126-146 and ANNUAL #4, IRON MAN (1968) #88-89, and GHOST RIDER (1973) #20.