The Scarlet Spider takes on Wolverine! Kaine owes a fatal favor to the Assassins Guild, and they want Logan! But as a thousand assassins descend upon both men, learn what even the world's greatest killers fear! Who is the Red Death? Then, because you demanded it: The Superior Spider-Man vs. the Scarlet Spider! Kaine travels to New York to check on Peter's behavior, not realizing Doc Ock has taken over Peter's life. But Ock knows who Kaine is - since he once killed Dr. Octopus! Can Spider-Man and Kaine put aside their differences to deal with the Jackal? Plus: In the wake of the Superior Spider-Man's dubious public actions, the world fears the Spiders. And when terrorists attack one of Houston's most famous landmarks, Kaine's ready to put that fear to use! Collecting SCARLET SPIDER (2012) #16-20 and SUPERIOR SPIDER-MAN TEAM-UP #2. 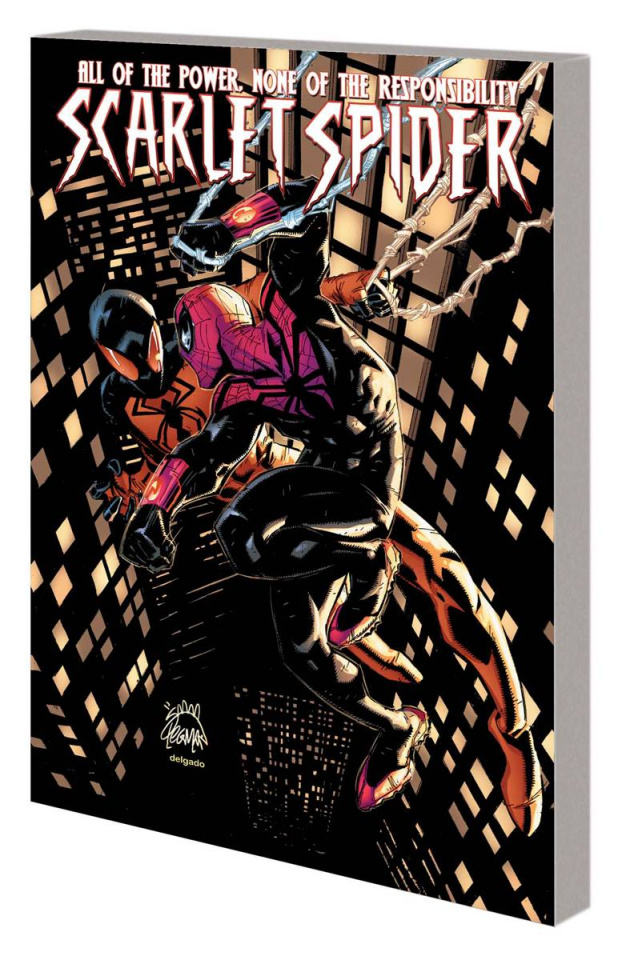