Somewhere inside Dr. Michael Morbius is a good man who just needs a second chance. NOW!, after escaping from the Raft, Morbius the Living Vampire is on the run and desperate to quell his vampiric tendencies. But will his redemption be worse than his sin? As Morbius attempts to stay under the radar, a new threat arises - and they want him dead. But after inciting a gang war, can Morbius protect the new friends who don't know his horrible secret? Then, Morbius travels to Horizon Labs determined to cure his vampirism - but comes face-to-face with the Superior Spider-Man! And when the Rose strikes - and Morbius' humanity is destroyed - will the monster within be enough to save all he once held dear? Collecting MORBIUS: THE LIVING VAMPIRE (2013) #1-9 and AMAZING SPIDER-MAN (1963) #699.1. 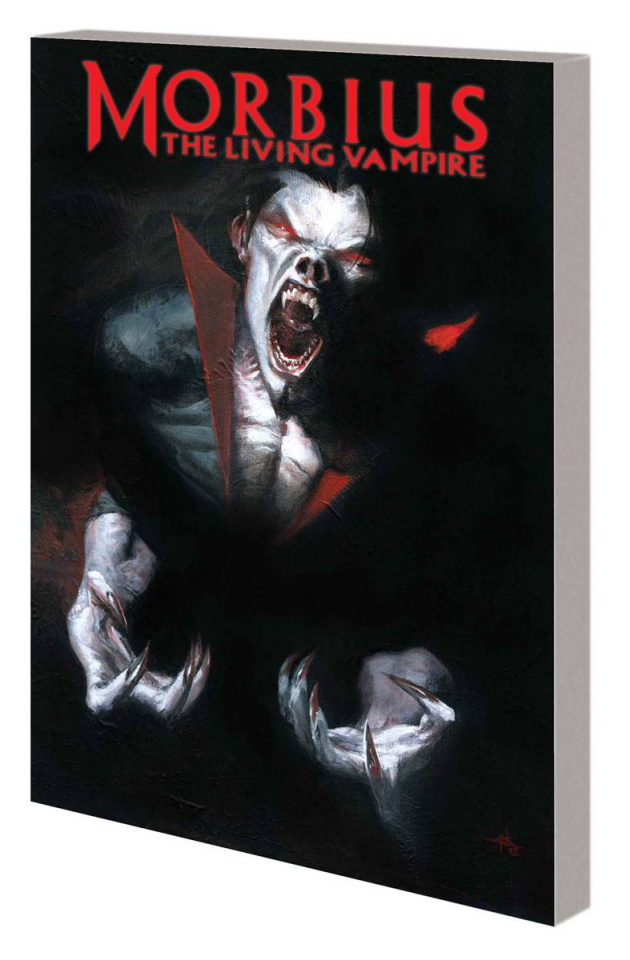