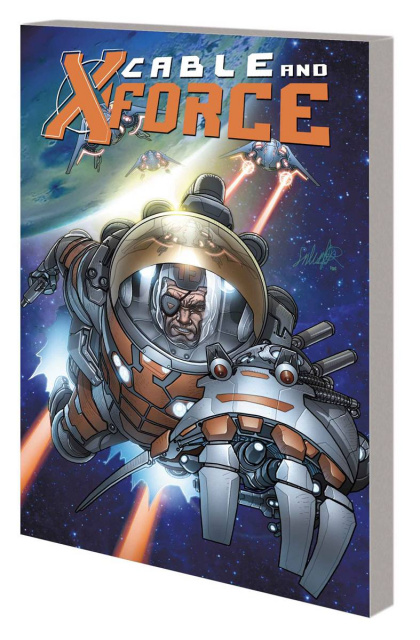 The most explosive new X-book of Marvel NOW! begins its second smash storyline! Cable's outlaw team loses a member as Colossus goes to jail, but the armored giant doesn't fare well in the big house! Meanwhile, Cable comes face-to-face with his father: the fallen revolutionary known as Cyclops! And when Cable and his X-Force rocket into space to face down an alien armada, will they be forced to clash with the Uncanny Avengers, who are still in hot pursuit? Plus: Hope goes on the run, determined to help Cable whether he wants it or not - but the Uncanny Avengers have been keeping tabs on Hope, as well, and they're not about to let her get tangled up with Cable's band of fugitives! Collecting CABLE AND X-FORCE #6-9.