Beta Ray Bill returns! After her recent misadventures, Sif is working on controlling her berserker rages. But when a certain hammer-wielding, space-faring ex shows up, all bets are off! Can the burly Bill and the scorching Sif deny their fiery past? Do they even want to? And when the mysterious spaceship the Ark turns against them, it's all swords and hammers on deck as allies mutate, dead exes arise, and the ship gives up its secrets! To save the goddess Gaea, Sif and Beta Ray Bill race to stop the Ark - and the finish line is Asgardia! Plus: Volstagg's daughter only wanted a midnight snack, but something is rampaging in the lower kitchens of Asgardia! Sif, Thor, the Warriors Three and more must join forces to chain the vicious beast once and for all. Collecting JOURNEY INTO MYSTERY (1952) #651-655. 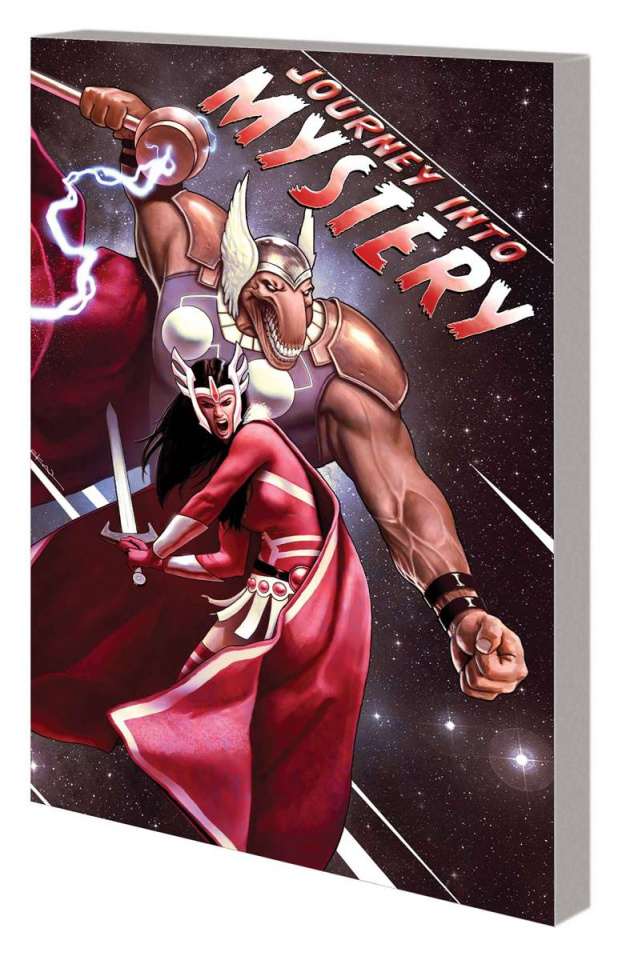