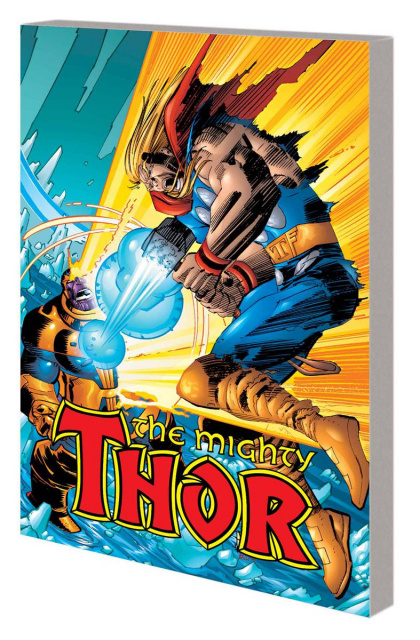 It's the God of Thunder vs. the Mad Titan, and the stakes are higher than ever as writer Dan Jurgens introduces perilous new threats to both Asgard and Earth! Thanos has gathered artifacts that threaten Earth's very existence, and he's got the all-powerful Mangog at his side! For all his godly strength, can even Thor prevail against the might of two such powerful cosmic figures? Plus: Thor, Odin and the Scarlet Witch battle Enrakt the Enchanter in another dimension, while Loki gets up to more of his usual mischief! It's hammer-tossing, thunderous action just the way you like it! Collecting THOR (1998) #18-25 and ANNUAL 2000.