Wa-hooo! It's time for Marvel's first-ever war Masterworks with the tales of Sgt. Nick Fury and his Howling Commandos! Prepare yourself for drama, intrigue, humor and action galore! Sgt. Fury, Dum Dum Dugan and the rest of the Howlers battle more Nazis than you can shake a bayonet at, team up with Captain America and Bucky, battle the nefarious Barons Strucker and Zemo, and set out to capture Adolf Hitler himself! Brought to you by Sgt. Stan Lee, with art by Infantryman Jack Kirby and Cpl. Dick Ayers, Fury's World War II exploits are so explosive you'd better wear a helmet while you read this one. So get off your duff and reserve your copy today, goldbrick! That's an order! Collecting SGT. FURY (1963) #1-13. 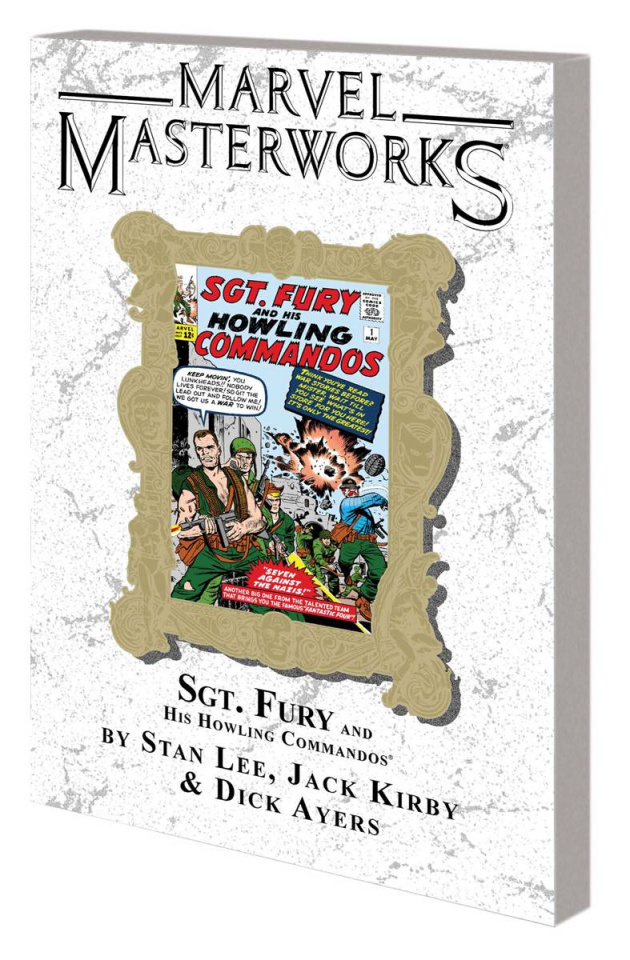