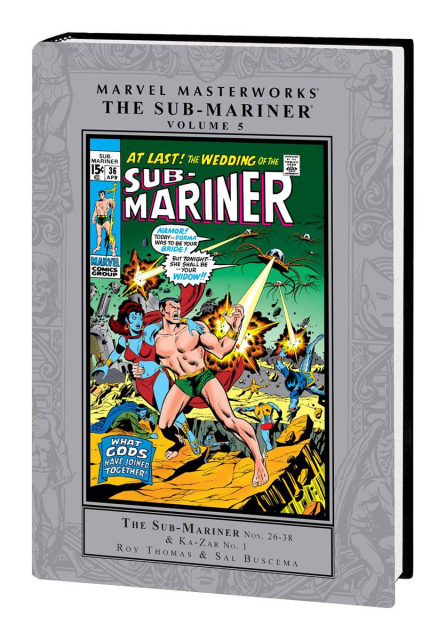 Brace yourself for one of the most epic eras in the history of Prince Namor, the Sub-Mariner! Roy Thomas and Sal Buscema have prepared for you a string of classics that have defined the Atlantean's life forevermore - and lucky you, the Marvel Masterworks are bringing them to you in one sweet package! Featuring team-ups with Hercules and Captain Marvel, gladiator battles against Triton and Stingray, the return of Attuma and Prince Byrrah, the founding of the Titans Three - who would soon become none other than the Defenders - and oh, did we forget the Red Raven? But the heart of the drama is Namor and Lady Dorma's wedding, and the scheming Lemurian Llyra's plans to destroy it all! Collecting SUB-MARINER (1968) #25-38 and KA-ZAR (1970) #1.