The CANNOT miss Grimm Fairy Tale book for the year is here! In the land of Myst Blake The White Knight and Boulder the Dwarf have begun their journey to reform the council of the realms on an epic adventure that will take them to the farthest reaches of Wonderland, Myst, Neverland and OZ itself but as they search for those who will replace the previous members the Dark One's most loyal general Orcus is also searching for an item of incredible power to resurrect his long murdered Queen and when these two forces collide the face of the the Grimm universe will change forever. The EVENT book of the year that sets the stage for the future of the Grimm Universe and the realms of power with an ending you have to see to believe!!! Featuring the return of a character that will have every Zenescope fan talking! 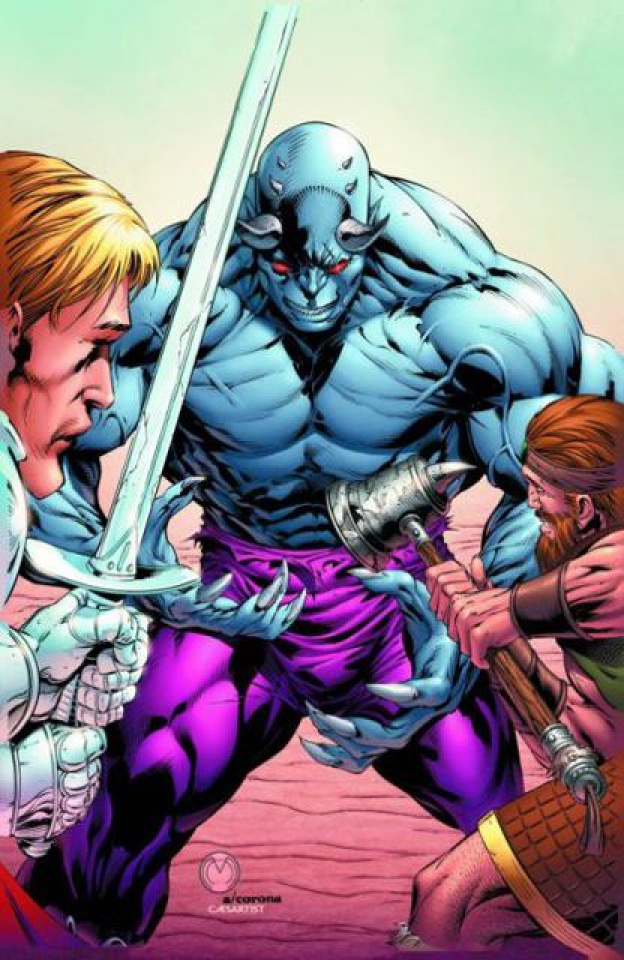