The Lord of the Jungle is back where he belongs, doing what he loves best - kicking some serious ass in the African jungle! The ape-man has found a tribe of warriors who can lead him to Opar, the legendary city of gold, but before they can help him he's going to have take out some colonialist thugs who are carving a path of death through the jungle. Russian super-spy Nicholas Rokoff is on the hunt for Opar too, and he'll stop at nothing to secure the gold for the Tsar, not even kidnapping the ape-man's true love, Jane Porter. Lord of the Jungle #11: Gorilla Warfare! 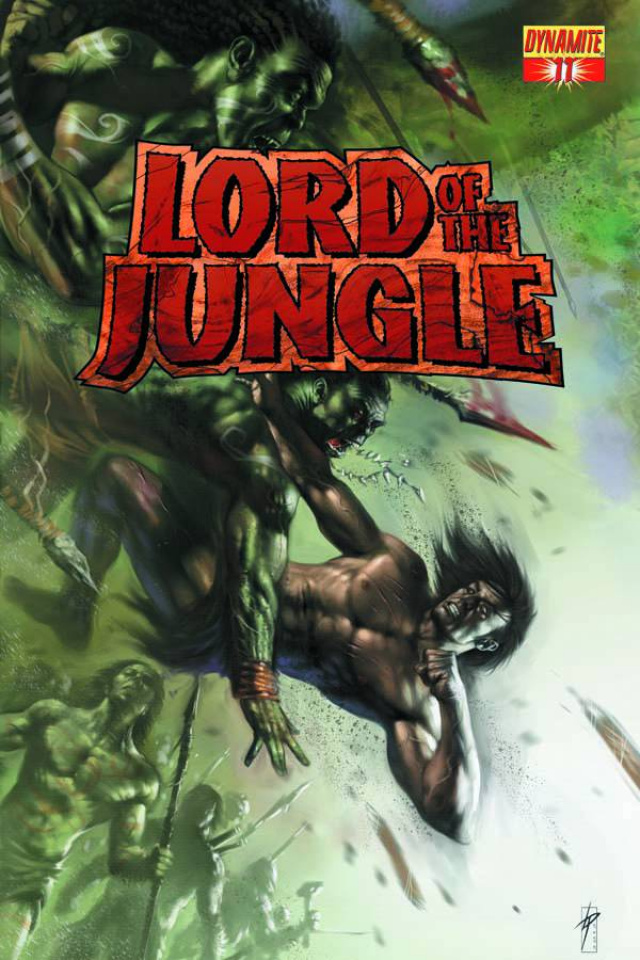