A classic of science-fiction is reborn in Flash Gordon: Zeitgeist. Inspired by Alex Raymond's legendary tales of invasion, action, and romance on the distant planet Mongo, and under the artistic supervision of renowned artist Alex Ross, Zeitgeist returns Flash Gordon to his two-fisted, thrill-packed roots. The year is 1934, and Earth is attacked by a powerful alien invasion force, led by the sinister, all-seeing Ming the Merciless. And this time, he does not fight alone. Allied with the sinister spymaster Klytus, his exotic and treacherous daughter, Princess Aura... and Adolf Hitler! Three valiant humans - iconic hero Flash Gordon, the tough, determined Dale Arden, and the brilliant scientist Hans Zarkov - are plucked from our world and rocketed into another universe of fearsome creatures, noble and savage alien species, ancient science, and titanic threats. 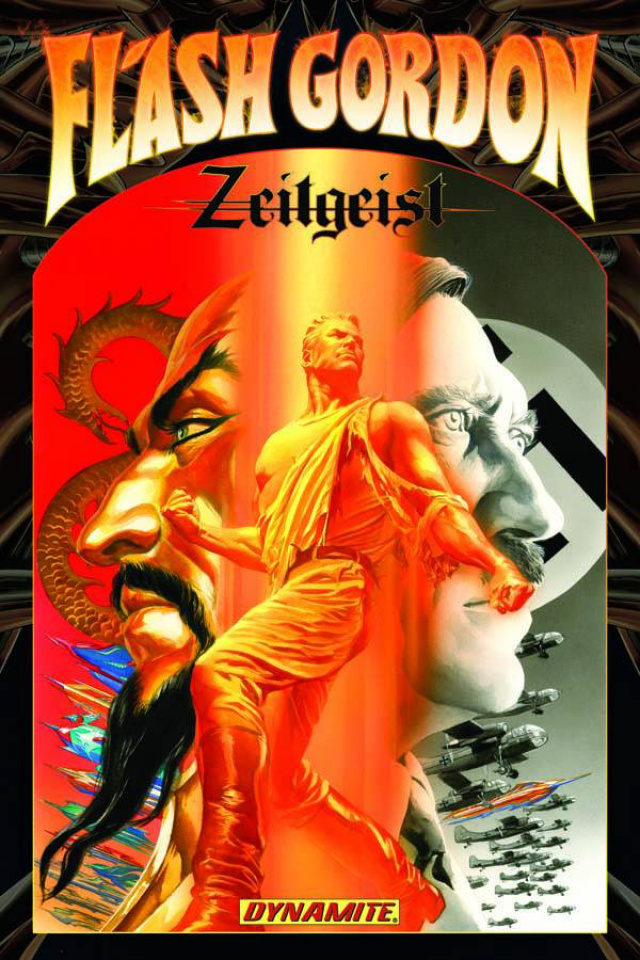