The battle for Earth's survival continues! Mankind must depend upon champions including Red Sonja, Vampirella, Dracula, Pantha, Herbert West the Reanimator and Athena to stand against sorcerer Kulan Gath and his doomsday gods! Will our heroes have to sacrifice themselves in order to save the world? Only the all-star team of writer Ron Marz and artist Walter Geovani know for sure! "9 out of 10" -- Newsarama. 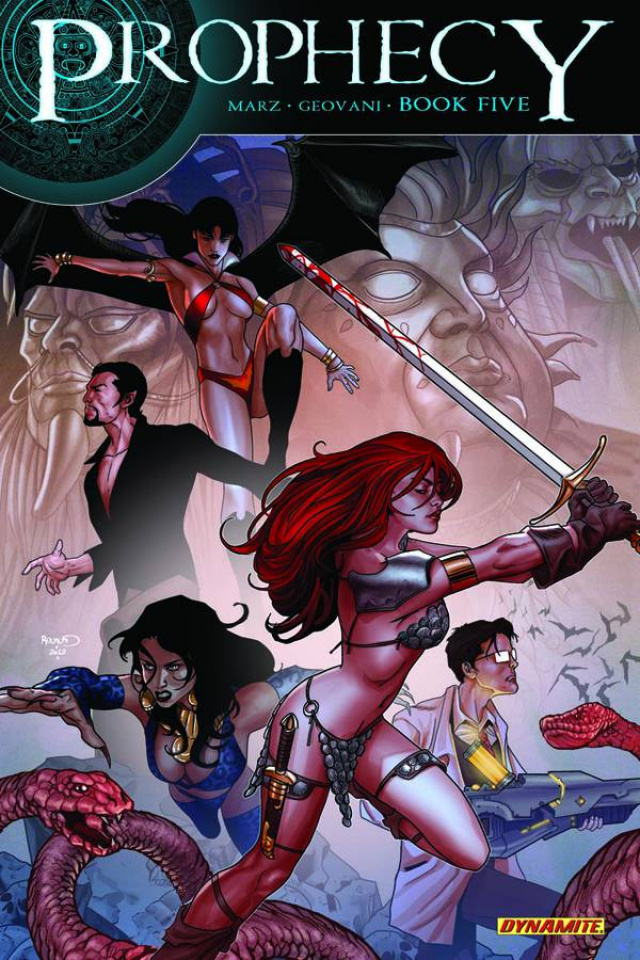