"Archie Marries Veronica" - Change is afoot in Riverdale! After the devastating shooting of his partner, Kevin rethinks his risky career path while Clay recuperates. Kevin's not the only one with a career shift in mind as Veronica moves on from Lodge Industries and Riverdale's Mayor Moose contemplates making a political move to the senate. Plus, it's the premiere of Reggie and Betty's reality show at the Chok'lit Shoppe and Jughead is pulling out all the stops to make it a Hollywood-style event! In a night filled with excitement, Kevin has an announcement that will set the scene for many issues to come!

"Archie Marries Betty" - It's the reunion we've all been waiting for as The Archies reunite to help raise money for a worthy cause. Jellybean's unreliability comes to a head with older brother Jughead after the stress of Midge's pregnancy takes its toll. Conflicts aside, this issue is a can't-miss affair with Josie and the Pussycats making their Life with Archie debut as the headlining act for the grand opening of Archie's new music club. 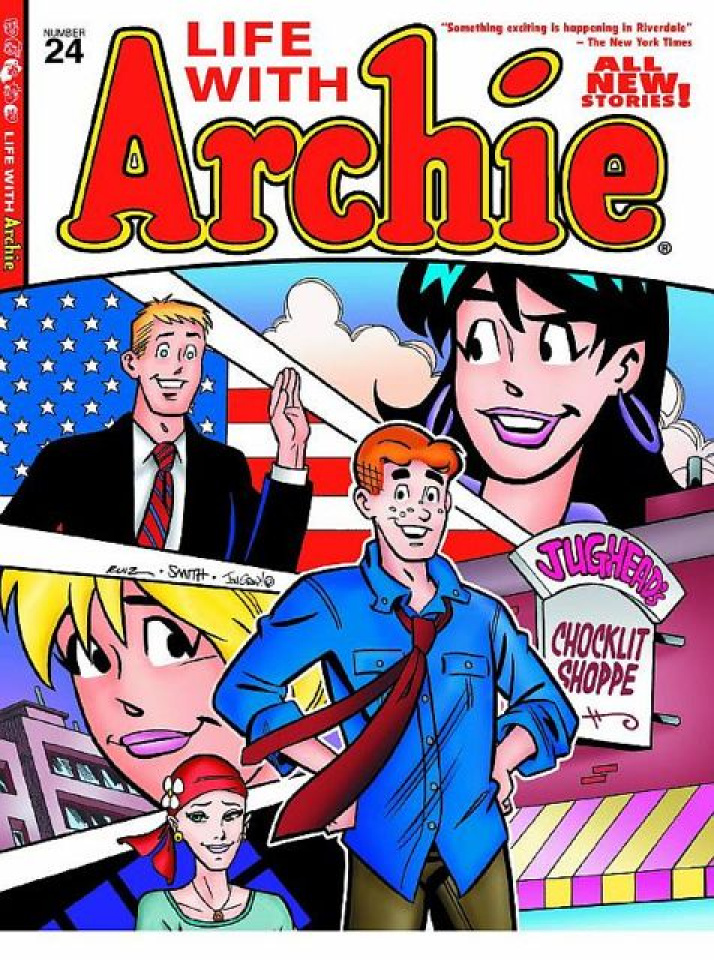