Rise of the Guardians

North. Bunnymund. Sandman. Tooth Fairy. They are the make-believe characters that populate the imagination of children the world over. But young Jamie believes otherwise. He believes they're all real, and he's been collecting the "evidence" to prove it! When Jamie's friend Toby comes over to spend the night, he finds Jamie's "Weird Stuff" scrapbook full of copious notes and samples about unexplained phenomenon. It soon becomes evident that Toby has a pretty amazing story of his own to tell. Based on the upcoming Dreamworks film Rise Of The Guardians, this prequel tells the story of Jamie's budding interest in the Guardians of Childhood - and the encounters that shape his fascination! 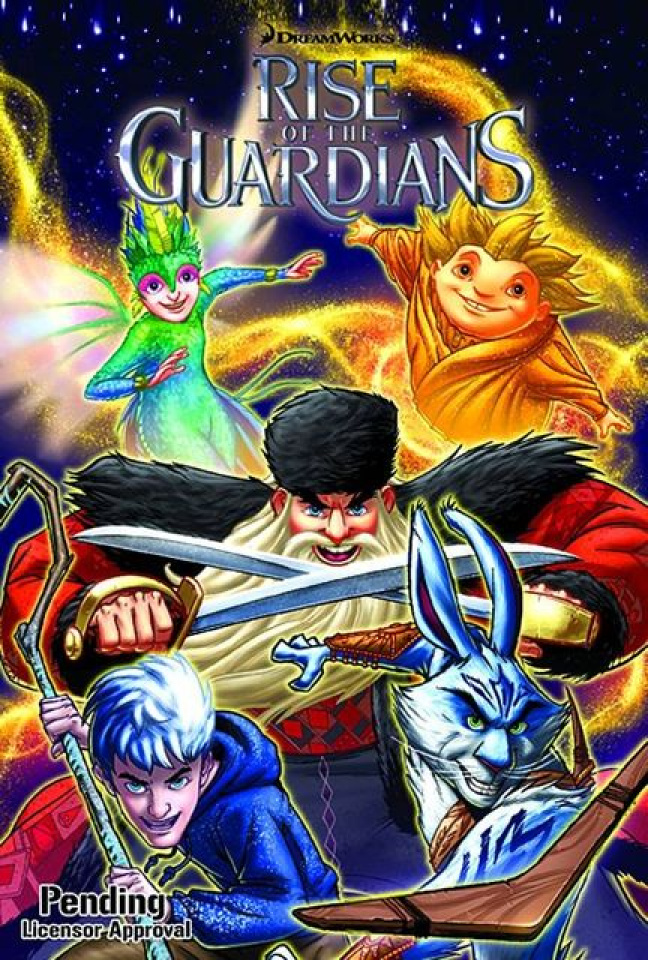