Hereville: How Mirka Met a Meteorite

Mirka is back, and she's still the only sword-brandishing, monster-fighting Orthodox Jewish girl in town. Or so she thinks. When a misguided troll aims a meteor at the witch's house, the witch grabs hold of the closest thing possible to transform the flying, flaming rock - and that would be Mirka's hair. The meteor is changed, all right: it's now Mirka's identical twin. Doppelganger Mirka, vowing to be a better version of the real girl, sets out to charm all of Hereville, including Mirka's own family. Our heroine challenges the meteor girl to a three-part contest - and the loser will be banished from Hereville forever! 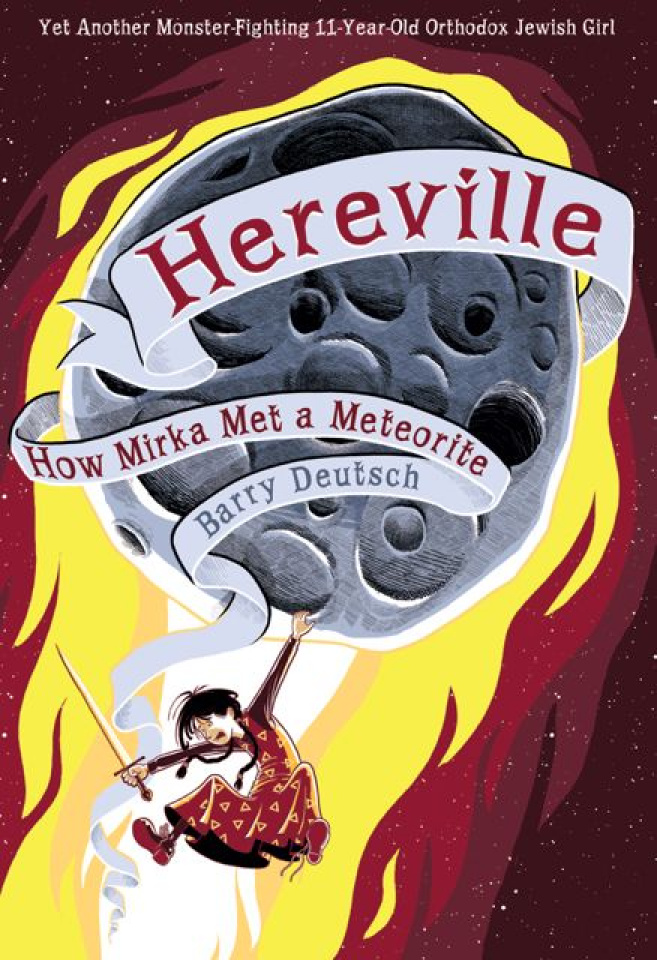