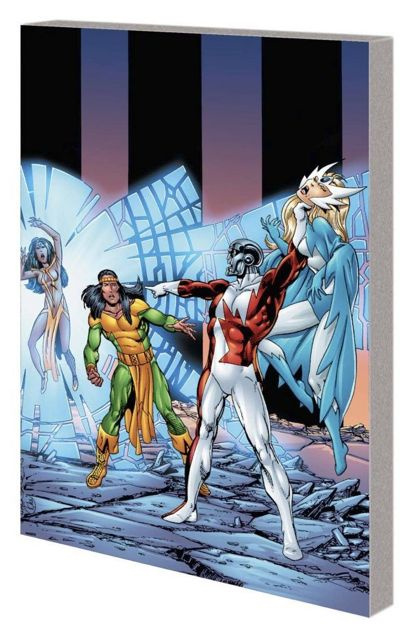 Concluding John Byrne's legendary run! Canada's mightiest heroes face threats of all sizes, ranging from the overweight Pink Pearl to the maniacal alchemist Diablo! And when the terrible secret of Sasquatch's origin is revealed, Alpha Flight must battle the Great Beasts in their own realm - and pay a fearsome price! Then, Alpha Flight's former leader, Guardian, returns from the grave - or does he? What's he doing palling around with the villainous Omega Flight? And where does the Beyonder fit in? Finally, when Alpha Flight goes fishing in another dimension, they accidentally hook the Incredible Hulk! Will the jade giant smash the heroes beyond all repair? Only the series' new creative team knows! It's north-of-the-border action just the way you like it! Collecting ALPHA FLIGHT (1983) #20-29 and INCREDIBLE HULK (1968) #313.