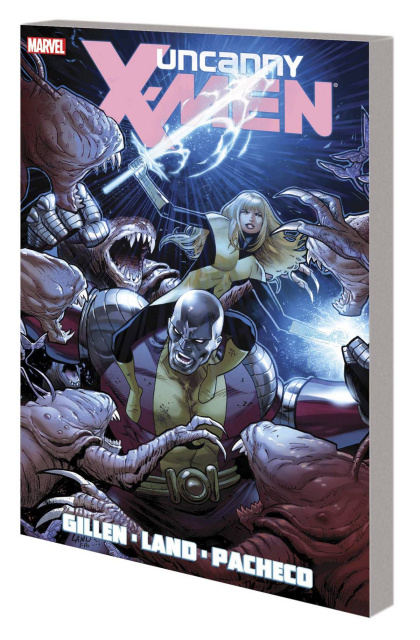 A nuclear explosion has ripped a small Montana town to shreds. Cyclops has no idea what his Extinction Team will find inside the 10-mile-wide geodesic dome that has risen up inside the blast zone, or who caused it. Psylocke and Magneto do, but they're not telling. Can the X-Men solve the mystery of Tabula Rasa - and survive the experience? If they do, the worst of the worst galactic criminals are waiting for them, courtesy of an explosive jailbreak from S.W.O.R.D.'s orbiting prison. Will the combined might of the X-Men and Avengers be enough to bring them all in? As the heroes fight a global battle on multiple fronts, the mysterious presence known as Unit corners Hope Summers in Canada's wintry wastelands. And with Hope's survival in question, so is mutantkind's. Collecting UNCANNY X-MEN (2012) #5-10.