It's the end of the world as we know it when the gods walk the Earth, and the hands of the doomsday clock race towards Mayan rule! Former Avengers arrive to help the Red Hulk try to stop the end of all things, but the heroes suffer a devastating blow when Rick "A-Bomb" Jones falls in battle! Can even our favorite scarlet powerhouse hope to stand against the entire Mayan pantheon as they continue to remake the world in their own image? Is this the end of Red Hulk? And if so, what horrible fate awaits the human race? Guest starring Alpha Flight, Machine Man, She-Hulks and more! Collecting HULK (2008) #53-57. 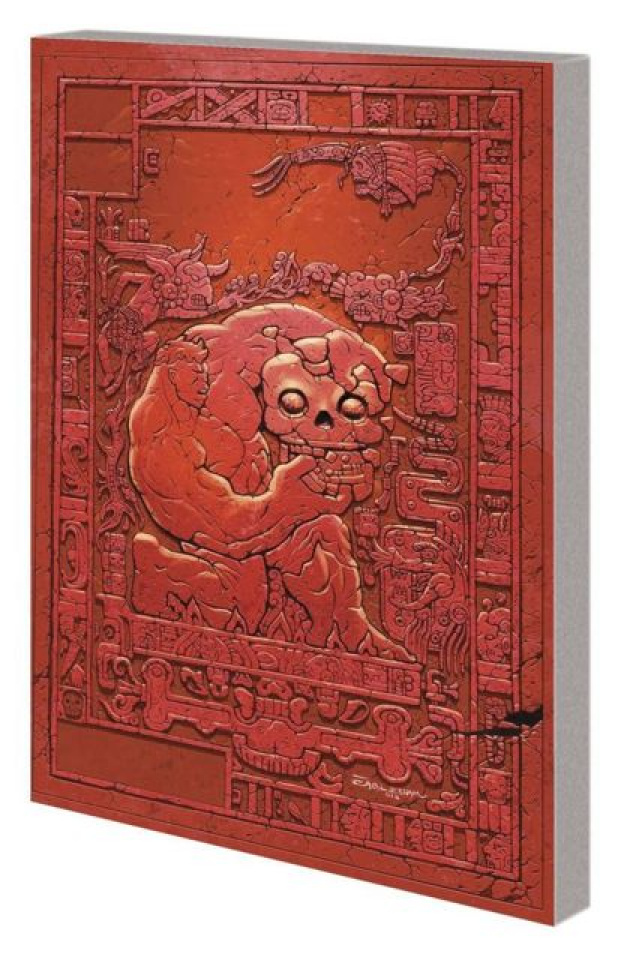