New students, new teachers and new campus - same threats! With the Avengers' Infinite Mansion in ruins, Giant-Man moves the school to California - where he converts the West Coast Avengers' former headquarters into the new Avengers Academy! It's a bright day for the student body, as Pym invites all young superhumans seeking direction to enroll in the Avengers' training program - including X-23, the new White Tiger and Lightspeed. And they're joined by new instructor Hawkeye! But tragedy strikes when a faculty member is murdered, and the killer hides in their midst! Can the new and old students band together to root out the traitor, or is the Avengers Academy's future doomed before it begins? Collecting AVENGERS ACADEMY #21-28. 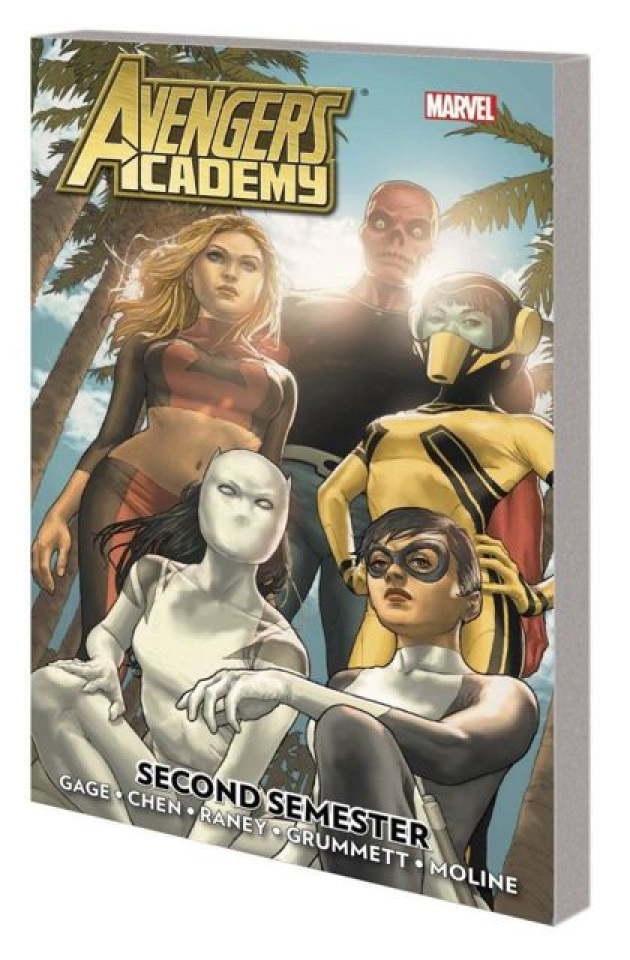