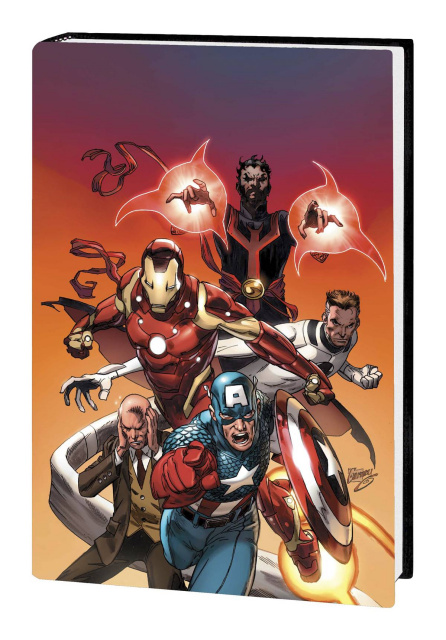 The New Avengers have received the call from Captain America to go to war against the X-Men - and Wolverine will be forced to choose a side! Then, Danny Rand discovers the shocking secret history of the Phoenix in K'un Lun's book of the dead, and Hope Summers journeys to Iron Fist's magical home to uncover her destiny. But will she conquer her future - or be consumed by it? Plus: It's a prison break - Avengers-style! And finally, they gather to stem the horrors of the Marvel Universe before they happen, but the secret group known as the Illuminati has failed to stop the Phoenix time and time again. Now, as the world begins to end, they come together one last time - but will it be enough? Collecting NEW AVENGERS (2010) #24-30.