It's the ULTIMATE AMAZING SPIDER-MAN EVENT OF THE YEAR, as Spider-Man comes face-to-face with...Spider-Man! Can even Peter Parker and Miles Morales - the Spider-Men of two worlds - defeat Mysterio, the Master of Illusions? What happens when Miles encounters an older, wiser version of his inspiration, Peter Parker? And what will both Spider-Men do now that they know they're not alone in the universe? Guest-starring Nick Fury and the Ultimates! Be here for the story that makes history, as Brian Michael Bendis tears down the walls between the Marvel Universe and the Ultimate Universe! Collecting SPIDER-MEN #1-5. 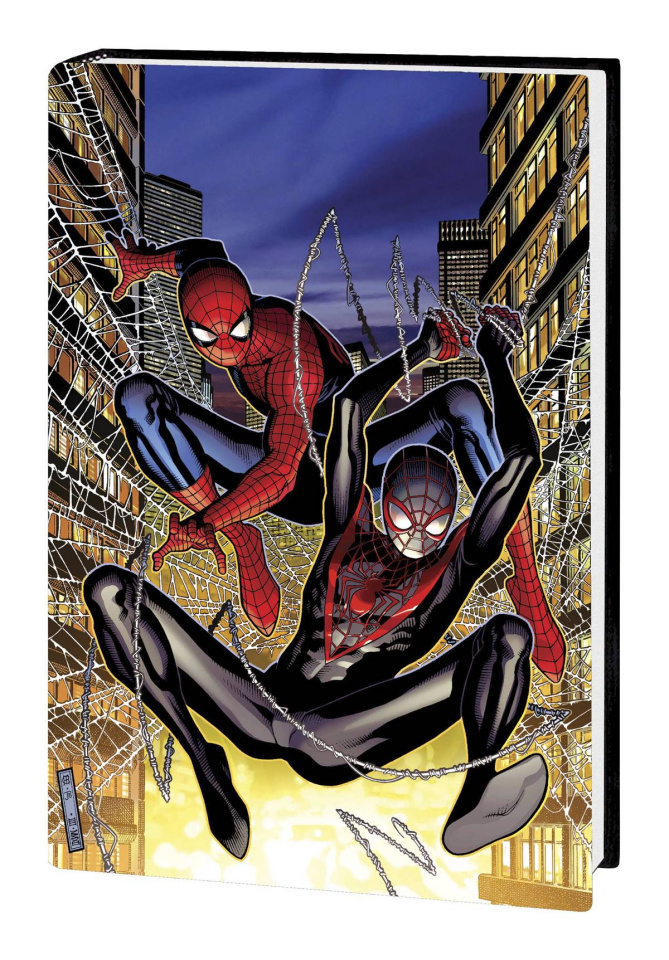