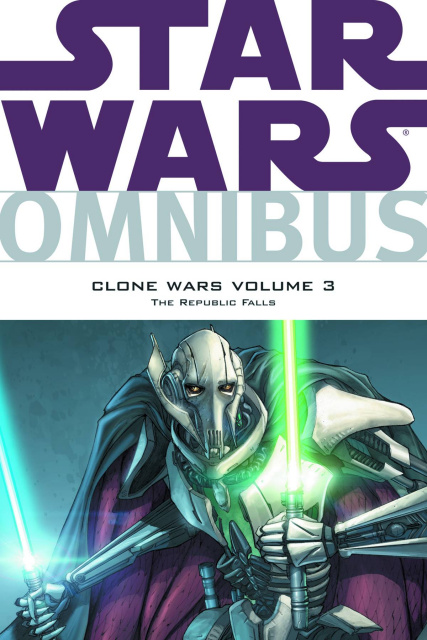 Well played, Darth Sidious. Well played. The end of the Clone Wars is in sight, but so are the end of the Jedi and the fall of the Republic! Obi-Wan Kenobi recruits Anakin Skywalker in a desperate hunt for dark Jedi Asajj Ventress that will lead to a showdown with General Grievous and Count Dooku. Elsewhere, Jedi Generals infiltrate a Separatist base in hopes of concluding a protracted siege, and on Kashyyyk, as the clone troopers respond to Order 66, Master Quinlan Vos finds himself fighting against the army he led to victory. Collects Star Wars: Republic #70-#77 and #81-#83, Star Wars: Obsession #1-#5, and Free Comic Book Day 2005.