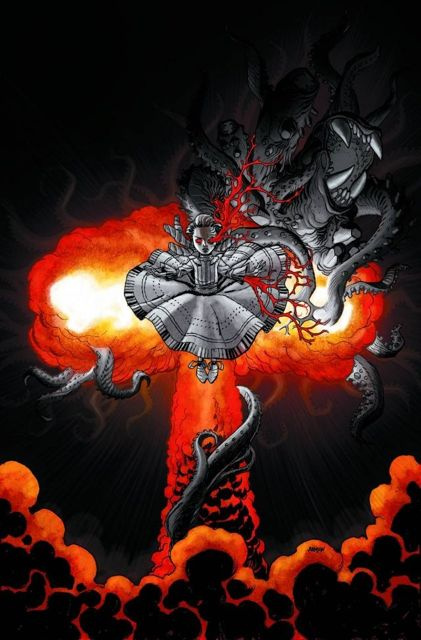 The Nazi occult bureau threatened to destroy the peace that followed the end of World War II. One year after the war, Professor Bruttenholm, guardian of the child Hellboy, enlisted a special task force to connect the dots between a series of massacres and a mad vampire nobleman. Now the B.P.R.D. launches an investigation of an atomic-fueled space-travel experiment that's apparently unleashed horrific monsters in the Utah desert.