The pairing you never thought could happen! IDW Publishing and DC Comics are proud to present the greatest tale of the 23rd century! Or is that the 31st century? As you'll see here, it's both. Eisner-nominated writer Chris Roberson and Star Trek and Legionnaires veteran artist Jeffrey Moy partner up to bring you the most bizarre partnership of any century! In this first issue, a group of Legionnaires end up lost in the 23rd century, but it's a universe that isn't familiar to either the Legion or the crew of the USS Enterprise! 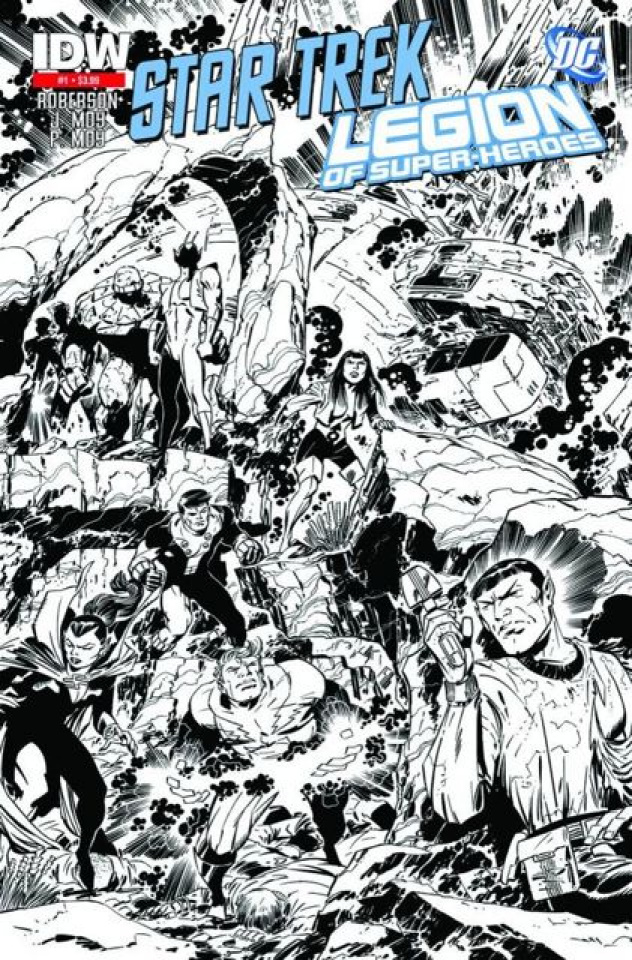