From the deepest, darkest recesses of the Nerve Centre vaults, the eerie alien editor of 2000 AD known as the Mighty Tharg presents some horror-tinged tales in time for Halloween. In Necronauts, world famous escapologist Harry Houdini must join forces with novelists H.P. Lovecraft, Sir Arthur Conan Doyle and phenomenologist Charles Fort to defeat an unholy force which has followed him back from a place beyond human imagination! 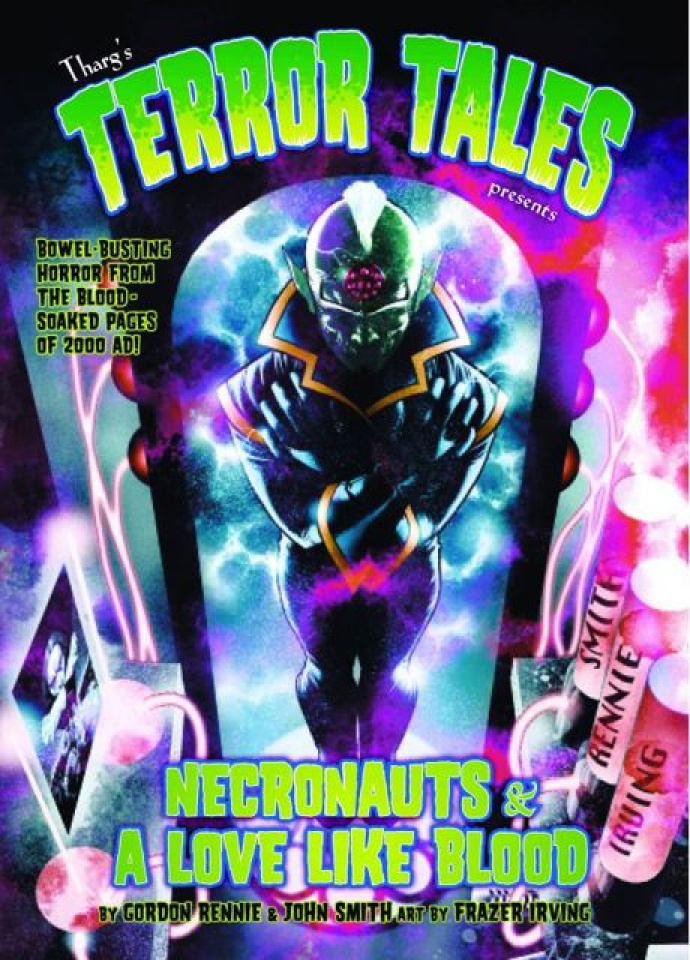