Harry Dresden`s life is a mess. His top client (and close friend), Lt. Karrin Murphy, no longer trusts him. Chicago`s underworld and the cops alike think he's mobster Johnny Marcone's supernatural enforcer. And the enigmatic White Council continues to view him with suspicion. If all that weren't enough, a pack of werewolves have unleashed a wave of terror on the Windy City. But as is always the case when it comes to the creatures of the Nevernever, there's far more going on than meets the eye. Before it's all over, Harry will find himself caught between friends, enemies, and arcane forces bent on his destruction. Is it any wonder he can't find a date? Expanding on Book Two of Jim Butcher's New York Times bestselling saga, and featuring writer Mark Powers and artist Chase Conley, Fool Moon collects the first half of the 8-issue series in one volume, complete with bonus material and a cover gallery. 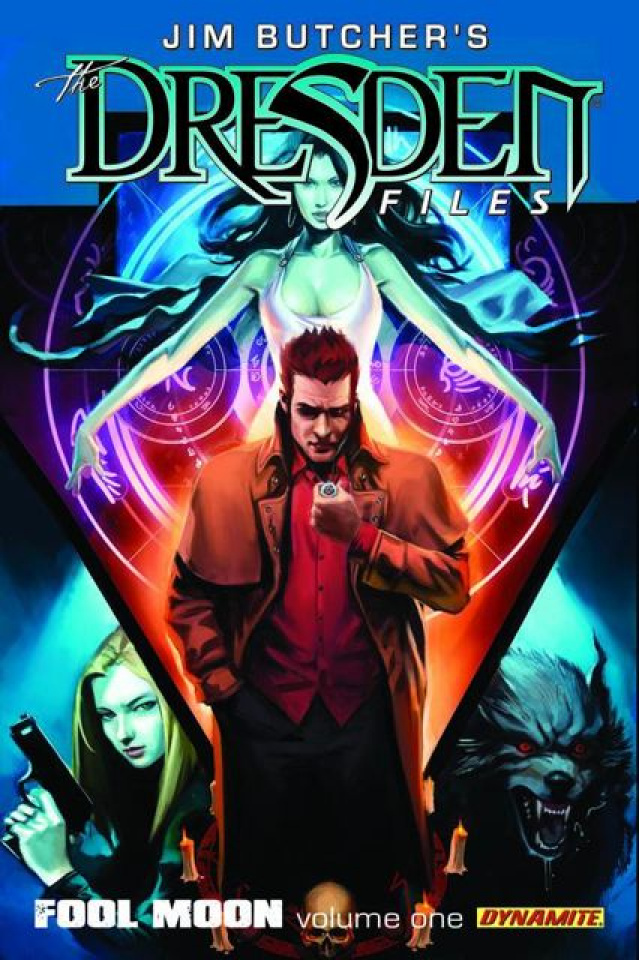