With Satasha's kingdom in ruins after an earth-shaking battle with Death Queen's army, Lady Death and the forces of the rebellion regroup to determine their next retaliatory strike against the horrific monarch who rules the Under Realm. Without a battlefield weapon mighty enough to channel her supernatural powers, the quest for a legendary sword leads Lady Death and Wargoth to a desolate city, laid to waste by an ancient curse. But before she can claim her prize, the albino goddess must face the slashing swords of those who protect the sword of The Silent One... Magdalyn and Dinah, the blood-thirsty, holy warriors of The Fallen! Death Queen has plans of her own, however, and an unholy alliance begins to take root, one which will soon spell death for a major member of the cast! Co-written by Mike (Gravel, Wolfskin) Wolfer and original creator Brian Pulido, this arc features the art of amazing new talent Gabriel Andrade who also provides the Regular and Wraparound covers for this issue! 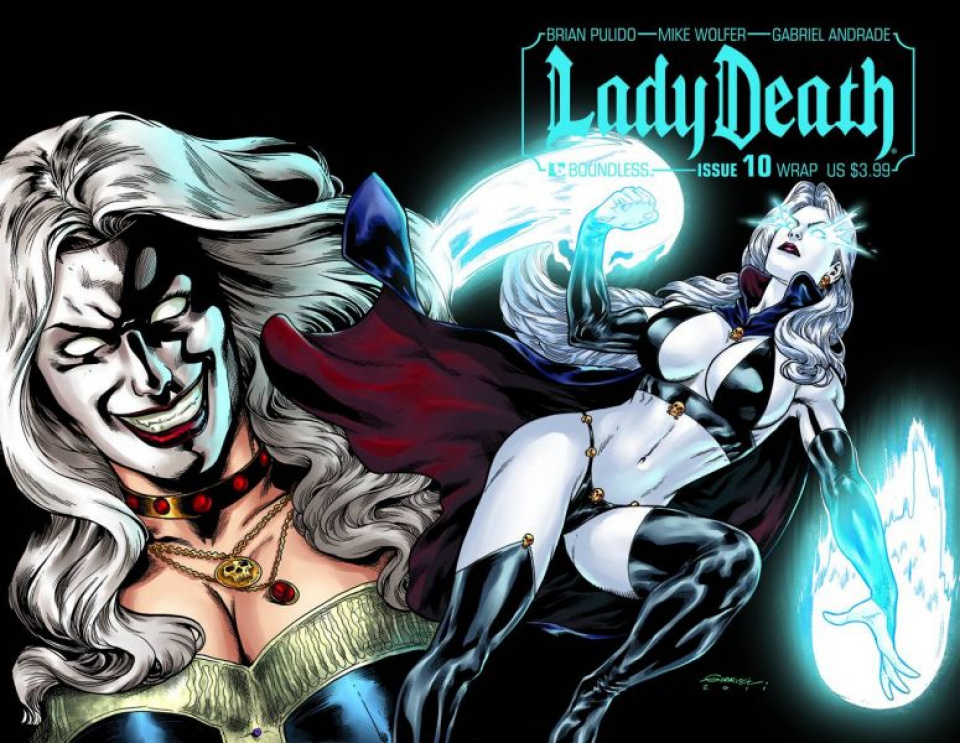