They were World War II's premier team of heroes, fighting bravely against the Axis and its own super-powered agents! They are Captain America, Bucky, the original Human Torch, Toro, Namor the Sub-Mariner, Union Jack, Spitfire and the Golden Age Vision - the Invaders! Disbanding more than 60 years ago, the battle-tested team reassembles when a mysterious threat from the past arises to cause new horror. A deadly virus is transforming innocent civilians into shambling monsters, harkening back to one of the most frightening days of the war - and a damning secret the Invaders have kept ever since. Now, to make right their greatest wrong, they'll have to face the past itself: their arch-enemies Master Man, Warrior Woman, U-Man and the plot's cybernetic mastermind - and one of Captain America's most hated foes - Arnim Zola! Collecting INVADERS NOW! #1-5. 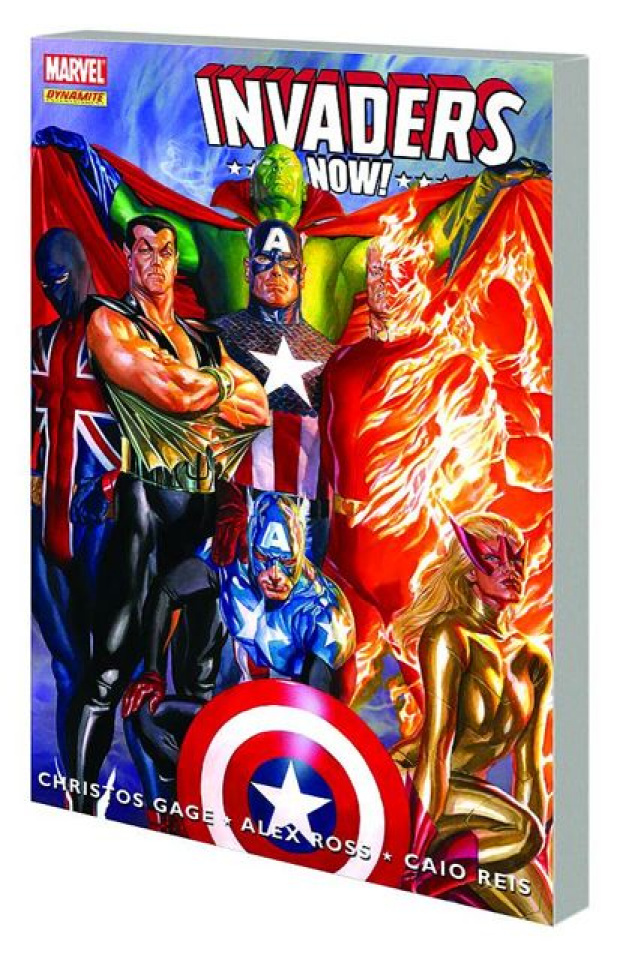