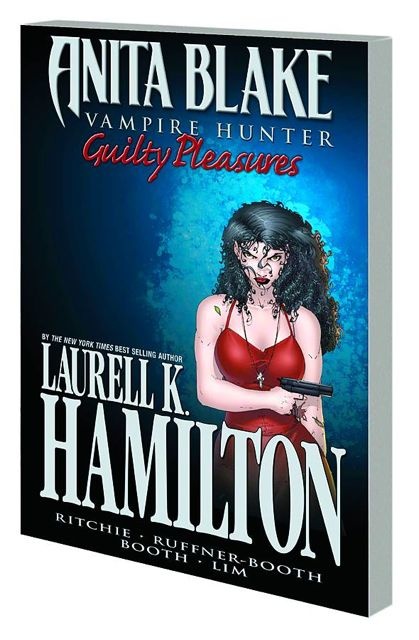 Fusing mythology and horror in a story loaded with mystery, action and romance, New York Times bestselling author Laurell K. Hamilton's Anita Blake novels take place in a world where vampires, werewolves and other creatures of nightmare have been declared legal citizens of the United States. Anita Blake is an 'animator' - a profession that involves raising the dead for a living. She is also known as a fearsome hunter of criminal vampires, and she moonlights by investigating cases outside the jurisdiction of conventional police. But as Anita gains the attention of the vampire masters in her hometown of St. Louis, she also risks revealing an intriguing secret about herself - the source of her unusual strength and power. Collecting ANITA BLAKE, VAMPIRE HUNTER: GUILTY PLEASURES #1-12.