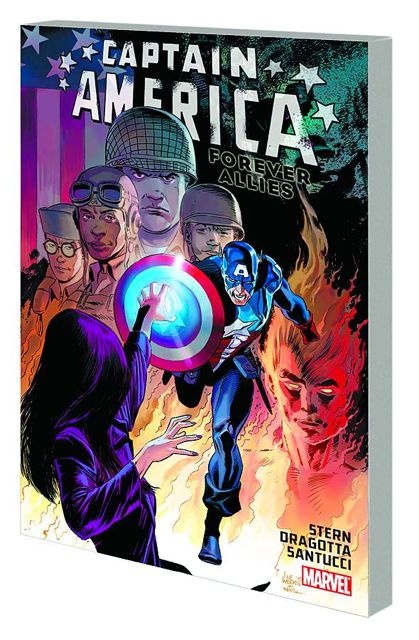 Who is Lady Lotus? During WWII, the Invaders fought countless enemies. They beat back madmen like the Red Skull and?Master Man time and again - but there were those who fell under the radar. Captain America's one-time sidekick, Bucky - having since taken up the shield himself - knows one of them all too well. During the war, he and the Young Allies encountered the mistress of mind control, Lady Lotus, and barely escaped with their lives! Now, years later, Lotus has seemingly resurfaced. How has she managed to stay young all this time? What is amplifying her powers? With all the Young Allies long gone, it's up to Bucky to find out! Plus: Action! Intrigue! Adventure! Discover the truth behind comics' original kid gang! Collecting CAPTAIN AMERICA: FOREVER ALLIES #1-4, YOUNG ALLIES 70TH ANNIVERSARY SPECIAL and YOUNG ALLIES (1941) #1.